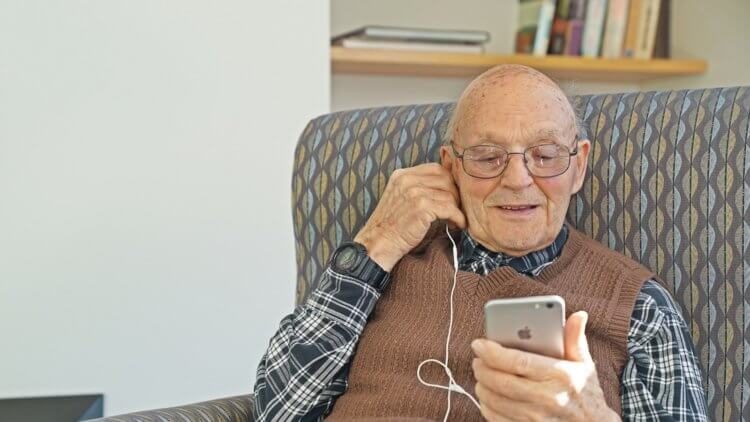 Apple, like no one else, is passionate about medical technology, trying to give everyone the opportunity to look after their health 24/7. In just a few years, the company has made great strides in this direction, together with its partners having trained Apple Watch to measure the pulse, identify atrial fibrillation, and even identify signs of diabetes. However, studies have shown that not only a smartwatch but also an iPhone can be useful in diagnostics.

Apple employees conducted a study and came to the conclusion that the model of user interaction with smartphones changes with their age. In these changes, there is a clear trend that allows you to identify cognitive impairments that occur with aging. For this purpose, 84 elderly people aged 61 to 76 years old were involved in the study. Researchers tracked how they use the iPhone for three months and made disappointing conclusions.

iPhone as a diagnostic tool

“We managed to find out that older people use applications less frequently, spend more time on various tasks and less often send messages,” the report says. – We used the results of cognitive tests, passed by the participants of the experiment, and concluded that in 79% of cases, differences in the model of using the iPhone [between different subjects] are explained by a decrease in mental abilities. The elderly, whose abilities were not affected, continue to use the iPhone in the same way as young people do. ”

Despite the short period of the study and the frankly small number of subjects, the information that the researchers managed to gather was worthy of attention. It is not excluded that a more thorough experiment conducted on the basis of the data obtained will make it possible to compile a more detailed report on the correlation of the model of using a smartphone with a decrease in mental abilities and, possibly, will help develop preventive measures.

Apple is preparing a welcome update for HomePod

Named all the key innovations iPhone 11