A night theme is a phenomenon that is hard to surprise anyone today. In just a year, it has turned from the main trend of the industry into a half-forgotten function, which many no longer even use. But until recently, users massively demanded that developers implement the night theme in their applications and shame them for their absence, comparing them with more efficient competitors. It’s not that they really need it, but since Android 10 introduced a system mechanism that includes a night theme in all applications, it’s strange to run some programs and see that their interface remains bright. For example, as is the case with Google maps.

For some unknown reason, the night mode, which is found in most Google applications, is still missing from Google maps. At least officially. Apparently, the initially complex design of the application affects it, which is to be painted, redrawn and double-checked for a combination of colors, while not breaking out of the general design concept of design. After all, if the WhatsApp night theme has been drawn for more than a year, what can we talk about in relation to Google maps, where there are several times more components. However, you can still try to circumvent this limitation.

Despite the fact that officially there is no night mode in Google maps, Google itself still has it, and it seems quite ready for it to reach people. It can even be activated, albeit in a slightly confusing way, which, obviously, is not suitable for everyone.

After you activate the night mode in Google maps as described above, you can navigate through the application interface, look for new places, streets, addresses, and locations of specific authorities, as well as receive information about them that is available from Google. But you cannot turn on the navigator mode, as well as get directions from one point to another. To do this, you will have to run the stand-alone Google Maps application, where all the functionality will be available, but without a night theme. 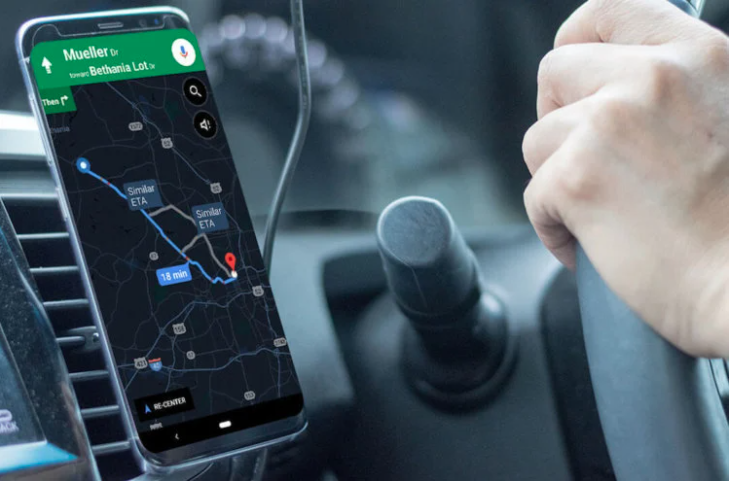 I perfectly understand that the proposed method is a half measure, which many, most likely, will not agree. Firstly, night mode cards provide access to a limited set of features. Secondly, in order to find something, you have to perform more active actions. And thirdly, you can enable night mode on Google maps only on devices running Android 10 and newer, because only they have support for a system night theme that applies to all installed applications. But for what?

Most likely, the night mode in Google maps, which we saw in the Google search application, is a kind of prelude before launching a full-fledged night theme in Google Maps. After all, it’s quite clear that the interface of the maps was repainted not by Android 10 algorithms, but by Google’s designers themselves. This means that the company is actively preparing to launch a new version for its mapping service. Another question is when to wait for the release, since developers usually try to take their time in such matters.