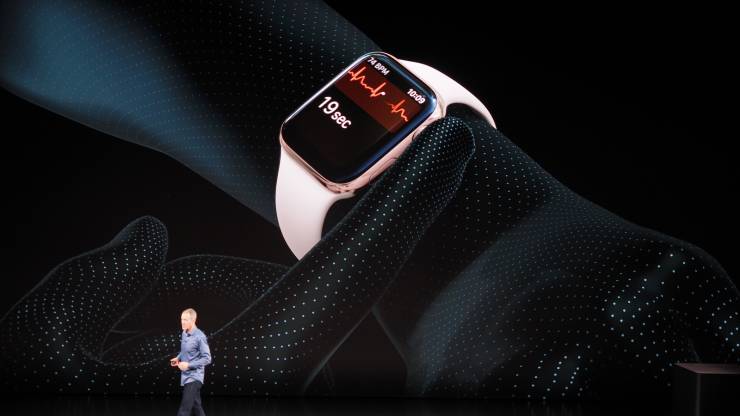 The restriction on the operation of the ECG registration function in the Apple Watch Series 4 exclusively in the United States can be bypassed in just a few seconds. This conclusion was made by the developer Guilherme Rambo, having studied the content of the iOS 12.1 software code. According to him, the ban on the use of the medical software will not limit the operation of the hardware sensors of the device, allowing literally everyone to check their health, and at the same time test Apple’s watches for diagnostic accuracy.

To force the Apple Watch Series 4 to register ECGs, even if they were purchased in the official Apple online store in Russia, by changing the country of location in the settings. In order for the ECG function to work, you need to select the home region of the United States. Do not worry, this action will not bring down your current time zone and will not change the default language to English. Personally, I see no reason not to do this as soon as the innovation becomes available. This will probably happen with one of the following updates.

The practice of limiting certain functions by region is standard for Apple. Similarly, the company impedes the work of Apple News in Russia, access to which, however, can be obtained by changing the region to anyone where the service is officially available. What they thought in Cupertino, when they restricted the work of their products in such a primitive way, is unknown. Perhaps this was done in order to still give particularly interested users the opportunity to experience inaccessible functions.

The ECG registration function debuted for the first time in Apple Watch Series 4 in September of this year. The innovation allows the clock to read the work of the heart, but, unlike the traditional electrocardiogram, made using professional equipment, Apple’s solution is unable to accurately diagnose the full range of diseases. The only disorder that Apple Watch fix is atrial fibrillation, which is often a precursor to heart attacks.