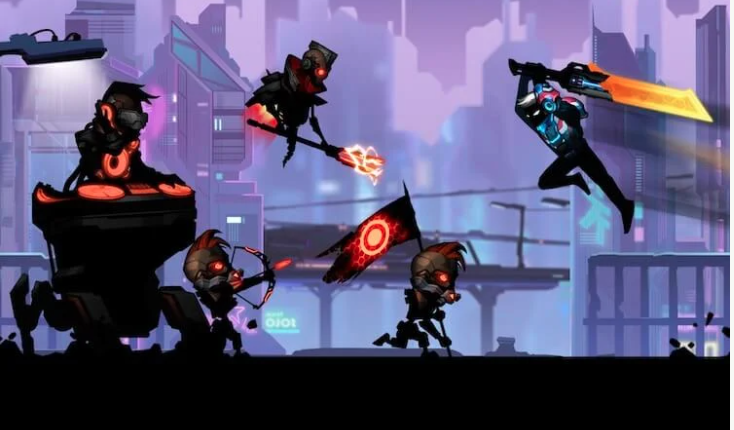 Smartphone games are a topic that you can talk about forever. There is always something to tell and something to discuss. But new items come out less frequently than we would like. I’m talking about good news. We often write about games and provide examples by genre, but sometimes I want to summarize and in this article, I’ll tell you which games deserve the most attention from those that came out last month. Some of them may already be familiar to you, but most of them are likely to be new. As usual, in the end, you will be able to share the games you want to recommend to us. For now, let’s just put our smartphones on the charge to make it easier to play later, and see what we have prepared for you in this collection.

Unit 404 is a block-based puzzle, but it’s not quite what you think. This is not a Tetris-style falling blocks game, this is a 2D platformer in which you move and rotate blocks to progress towards the goal of each level.

Truberbrook is an adventure game in which you have to move step by step across the playing field. The game itself has been around for a long time, but just the other day it was ported to Android, so it can be considered new.

Granted, it might not be the most popular adventure game, but it definitely looks pretty with its well-crafted landscapes. The main storyline lasts 5.5 hours, although many can spend significantly more time on it, since at some points the game is quite difficult. Luckily Truberbrook supports Google Play Pass , so if you’re a subscriber, you can play at no extra cost.

Bright Paw is another fun puzzle-based adventure game reminiscent of CLARC. In both games, you will need to interact with the environment.

However, both games offer interesting graphics and fun gameplay. It is not worth considering them as copies of each other, but there are not so many global differences between them. Bright Paw has over 70 handcrafted stages, so the game should keep puzzle lovers busy for a long time. It is paid, but worth the money.

Meteorfall: Krumit’s Tale – the second part of the game

Meteorfall: Krumit’s Tale is the sequel to Meteorfall: Journeys, and just like the first game, it is also a card representative of the game world. Fortunately, the gameplay is completely different, different from the simplified swipe-based game like in the original, and offers much more depth.

You will still be able to explore dungeons, but this time you will have to control the board much more carefully thanks to the new system. So while it’s still a single-player deck-building card game, it’s nowhere near as passable as the original version.

The graphics of the game are simple and the gameplay is a little monotonous. This is why Dead Eye Vice cannot be called the best that Crescent Moon has in its arsenal. However, you can play it for a while, and there is also something unusual in it, and therefore you can appreciate it.

Dead Eye Vice is fresh from Crescent Moon Games and is a simple Wild West target shooting game . The game is based on levels that must be completed. You will aim the crosshairs at enemies and shoot at them.

The graphics of the game are simple and the gameplay is a little monotonous. This is why Dead Eye Vice cannot be called the best that Crescent Moon has in its arsenal. However, you can play it for a while, and there is also something unusual in it, and therefore you can appreciate it.

It’s hard to say why developers keep releasing fighting games with characters displayed in solid black texture. Of course, it saves money due to the lack of foreground details and fighters, but this is somehow not new.

Even if the game is sold for minimal money, it will still not be new. On the other hand, if you like this genre, you can find something for yourself in this game. In any case, even if you decide to tackle it, do not expect too much, or you may be disappointed. It’s a pity, but such games have to be included in the TOP for a month . This is the month.

This will be the moment when it will be difficult for you to play and you will either have to stop doing it, or just pay. This is how it works. So if you were expecting a game that truly adheres to traditional Warhammer mechanics and gameplay, you’re out of luck. Warhammer Quest: Silver Tower is the game you need to make money. On the other hand, until you are forced to pay, in general, you can be happy with everything and you will be happy to play it.

. You can play for a while, and then literally bump into a wall.