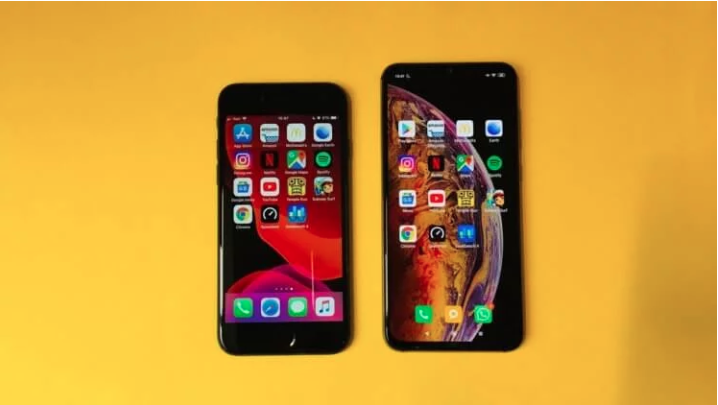 Very often, many people oppose buying Xiaomi iPhones from Xiaomi. Of course, it is obvious that the new iPhone for Xiaomi fans is too expensive and does not match the hardware of the smartphone. The new iPhone 7 in Russia costs 30 thousand rubles, but restored on Aliexpress can be bought for 13-15 thousand rubles. Obviously, when buying a device on Ali, a Xiaomi fan who has long dreamed of buying an iPhone will look at the cheap iPhone 7. So let’s compare it with the analogs from Xiaomi: Mi 9 SE and Mi 9 Lite. Devices, like Apple’s recovery unit, can be bought for about 15 thousand rubles.

I lied. This Xiaomi fan is me. And yes, I bought a refurbished iPhone 7. Here it is: 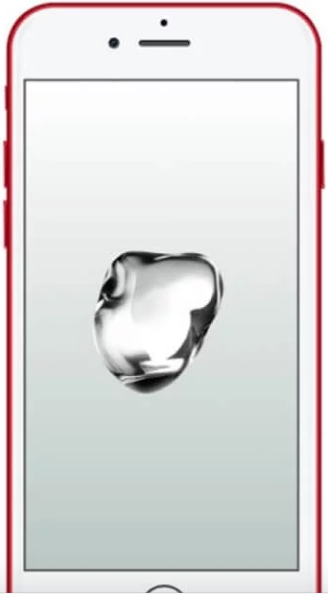 Boring and outdated, and even with an IPS screen – it is very bad for 2020. I decided to dilute the thick, ugly frames with the color of the case, taking the red version:

Why not take a refurbished smartphone if you do not want to play roulette? Going to the Reviews tab, I came across several negative ones in which NFC does not work for people, the microphone does not work well, the non-original screen fails, the motherboard crashes after a week of use, or the battery quickly runs out. This is a real roulette. Is it worth it? Maybe Xiaomi? 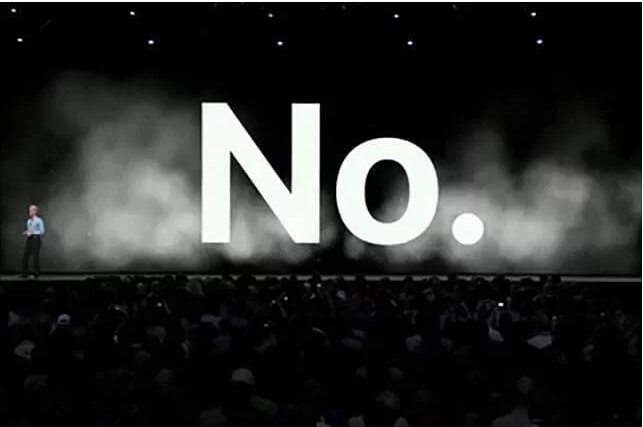 Services – a serious plus

The first thing iPhone 7 is better than Mi 9 Lite and Mi 9 SE are services. Apple Music, Maps, Find iPhone, iMessage, Handoff, various synchronization with MacBook. For example, through a computer, you can easily answer a call or send a message. Apple has an excellent ecosystem, becoming part of which you will enjoy the process of use.

The camera may not be better, but OIS decides

The camera is not the main plus device of Xiaomi. For example, in Mi 9 Lite the picture is not bad and comparable in quality even to the iPhone X, but there is no optical stabilization when shooting video, and this is a serious drawback. In addition, on Xiaomi, the photos are unrealistic, the colors are dirty, and the skin seems plastic.

Animations are the main advantage

Android still has terrible animations. They greatly affect the sensation of the device. In the case of Android, so far no smartphone has as smooth animations as the iPhone.

In Xiaomi, the animation takes 4 frames of video, in the case of the iPhone – 16. Of course, this will not let you know how smooth the animations are

since we are limited by the frame rate of the video, but this will allow us to understand how much smoother the animation is on the iPhone. In addition, you can see that by the end of the drawing it slows down a bit. That is, at each stage of the animation, its speed varies. In the case of Xiaomi, the speed is always the same.

In addition, from the animation above, you can understand that the iPhone 7 responded to clicks faster, while in Mi 9 Lite, only after a fraction of a second after clicking on, did the animation begin to work out. It is this inhibition that annoys many.

Move on! In the animation below, the user, after searching the menu, clicked on the cross, after which with the naked eye you can notice a sharp transition of the animation, its unstable work.

If for someone this is still a secret, iOS applications are better than Android counterparts. Apple is tighter on approving apps for publishing on the App Store. This process usually takes 24 hours. In addition, Cupertinians often clean the App Store from the trash that schoolchildren programmers fill up with it.

In the iPhone XS for the first time appeared 120 Hz touchscreen. But even if you look at the devices before it, you can feel the very stickiness of the interface – when the elements on the screen literally stick to your finger when scrolling, while even on the new OnePlus 7T with a 90 Hz screen, there is a lag. On one of the French resources (lesnumeriques.com), you can observe here such data on the response speed of the wheelbarrow, which, although not entirely relevant, is indicative:

And anyone who at least once compared the iPhone with Android devices lives will agree with them.

Long support is not about Android

It’s hard to argue with this, Apple has long supported its devices, and even the old iPhone 7 still runs on modern software that will be updated for a couple of years. Meanwhile, Mi 9 Lite / SE is likely to receive only one major update.

These are exactly the reasons why I chose the iPhone 7. And until Xiaomi fixes all these problems, until Google makes Android faster and more optimized, it will be difficult for me to compare them with the products of Cupertino. Google will likely cease to support Android by releasing Fuchsia, and there, perhaps, the situation will change.