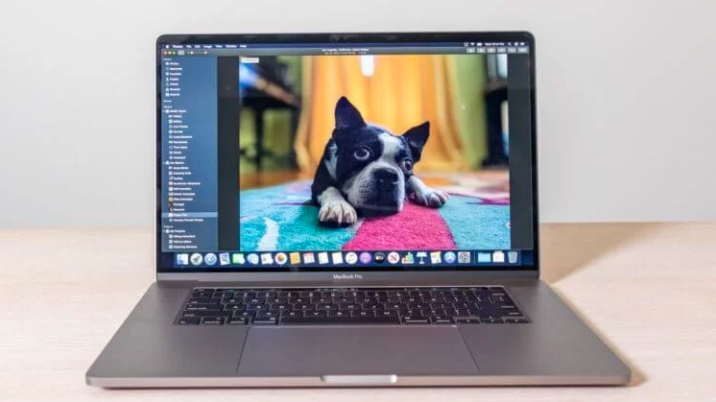 At 16:35 Moscow time (in Cupertino it was 5:35 in the morning!) A notification came that the 16-inch MacBook Pro replaced the 15-inch MacBook Pro, which has stained itself in recent years with numerous flaws. Could they do this? Let’s not rush. There are suspiciously many reasons for cautious optimism, in my perverse taste.

The company’s press release, from the very first lines, is impressive to death: the performance of the 16-inch MacBook Pro has grown by 80%. How can this be? The MacBook Pro 16 has the same processors (Coffee Lake Refresh, 9th generation) as the May 15-inch MacBook Pro. Yes, Apple conjured over the cooling system and replaced the GPUs, but the performance could not grow by 80% because of this. Is this a hoax or a mistake? They never lie, and they have everything under control, as always. Performance has grown by 80% compared to some “4-core MacBook Pro”, most likely with the latest 15-inch MBP. There are no typos or accidents in Apple press releases. They are re-read and rechecked more thoroughly than passenger planes to fly across the ocean. And everyone who checks or double-checks puts a signature: “checked,

Having never lied, they misled the inexperienced and inattentive recipients of the press release. Has anyone bought this? Yes. And how. Performance, they write, has grown, processors are new. And they write it on the MacBook Pro 16. They can already be ordered, but the first independent users of these laptops will appear only on November 15, first in the USA, Great Britain, and Australia, then in other places. In the Russian online store, for obvious reasons, “Delivery is not available”. Apple Store retailers in those countries where the laptop appears on November 15 are preparing to adequately meet the hurricane demand, and there are reasons for this. This is the first MacBook Pro in a few years that you really want to buy.

The keyboard, as I expected– A new magical development of Apple. Back to what was before the MacBook would be surrender. “Magic” is not an epithet, but its name. It is also a Magic Keyboard, like the stand-alone keyboard included with the iMac, although it is a different keyboard. The mechanism is scissors. Advanced Apple. The keystroke is 1 mm, which is more than the “butterfly”, but less than the keyboard of the last MacBook Pro with a “normal” keyboard. They say that at first, the Magic Keyboard feels unusual, but it passes very quickly, and it ceases to be perceived as something foreign. Like good old times. Apple’s big win is almost magic. The anatomy of the keys, their size and the distance between them, and all other ergonomics – they worked on this keyboard like on some AirPods Pro or iPhone 11, seriously and uncompromisingly.

But even butterflies, though not fast and not all, got used to people. Their main problem was low reliability, which, combined with complete unsuitability for repair, turned into a real diversion against Apple and its laptops. As before, Apple swears that the new keyboard is reliable and durable. But there are facts: from now on, if something happens to any of the keys, it can simply be replaced, by itself. To do this, you do not need to change the entire keyboard, along with half the computer. This is a minor local repair. And since Apple took care of all the costs, the duration of the repair has become almost the most intolerable side of the problem. By the way, the 16-inch MacBook Pro is not included in the list of models subject to free and almost unconditional replacement with a new one in case of keyboard problems. But at least

The diagonal screen size is 16 inches (40.6 cm). 3072×1920 pixels, 226 pixels per inch. Retina, LCD, IPS, DCI-P3, True Tone – MacBook Pro screens have no complaints since time immemorial. Those who received MBP 16 at their temporary disposal even before they started selling found “extraordinary brightness” in these screens, but in fact, the brightness is the same as the 15-inch MacBook Pro in May 2019. The Touch Bar is in place, but the Escape and Touch ID buttons have separated from it, and they are no longer virtual. The real ones. The set of connectors is the same as the previous MacBook Pros, but they are different inside. MacBook Pro now supports up to two 6K displays if you connect them one at a time on the left and right sides of the keyboard. Do two Apple Pro XDR display at the same time? The May MBP, under the same conditions, supported two 5K displays. As before, Four USB-C connectors (Thunderbolt 3) can be used to connect four 4K displays. Or two 6K and two 4K. A 3.5 mm analog output for connecting headphones is in place. Like the FaceTime camera, with the same 720p as before. Compared to the May MacBook Pro this year, the 16-inch MBP has increased in size (has grown fat) and gained extra weight. The dimensions of the novelty are 1.62 x 35.79 x 24.59 cm, weight – 2 kg. His ancestor, respectively – 1.55 x 34.99 x 24.07 cm and 1.83 kg. 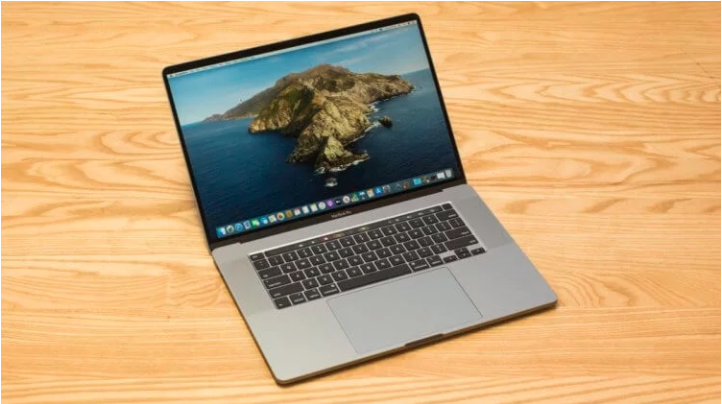 The battery capacity is 100 watts-hours. Laptops with batteries of more than 100 Watt-hours, FAA (United States Federal Aviation Administration) categorically prohibit airlines from transporting aircraft on board. The ban has already led to scandals, but like many other prohibitions in the field of air transportation, it is written in blood and will not go anywhere. If not for this, the battery capacity in the MBP 16 would be even greater – according to Apple. The capacity of the May MBP 15 was 83.6 Watt-hours. The battery life of MBP 16 has increased compared to its ancestor by an entire hour, up to 11 hours. I am writing this text on November 13, 2019, when no independent user has yet been able to verify this statement by Apple – no one has used it so much.

This is a surprise for me – people (musicians and audio specialists) praise MBP 16 for the excellent quality of its audio system (6 speakers, an excellent frequency range), and for very good studio-quality microphones (there are three of them). With this, the large MacBook Pro has been doing pretty well for several years, now, they say, it has become even better. I know that there are scientists who are not too lazy to compare the audio system of this laptop with its elite colleagues who find it sucky – but for you and me it is important that it exists and that it does not cause disgust even among experts.

Pricing for the new MacBook Pro

Another “most painful question”, with the intensification of painful symptoms of which those who need an “apple” laptop, were, at least in words, ready to put up. But Apple never listens to the opinions of its customers and did not go about them. In short, the prices of the basic configurations of the 16-inch MacBook Pro are the same as those of the 15-inch MacBook Pro six months ago – the same $ 2,999 and $ 2,799 (excluding taxes and fees). In the Russian Federation, these configurations cost 199,990 ₽ and 232,990 ₽, the price includes all taxes and fees. More precisely, they will cost – while “Delivery is unavailable”.