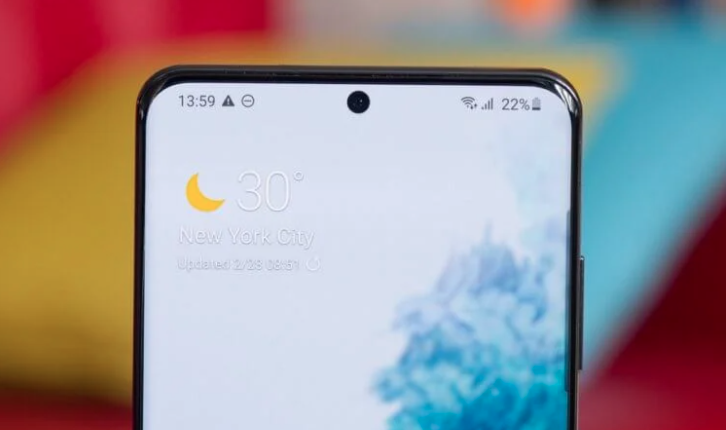 AMOLED screens have always been considered more problematic than IPS. Even if we forget about the twisted saturation, which is almost never found, flickering, color inversion at not the most critical viewing angles and burnout still do not disappear and continue to cause inconvenience to users all over the world. Another thing is that everyone knows very well about these shortcomings of AMOLED technology and when buying a smartphone with such a screen, they roughly understand what they are doing. But if the screen suddenly turns green, few people can tell how to behave.
Some time ago, Galaxy S20 Ultra owners complained that their smartphone screen suddenly started glowing green. Despite the many versions put forward by sofa experts, only Samsung managed to determine 100% of what actually happened. About 7-10 days after the complaints started popping up on the web, the company’s developers released a special update for the affected devices that fixed the problem as quickly as it appeared. Here are just a green screen – as in the saying about Fedot, to which hiccups should switch – suddenly appeared on all other Samsung smartphones.

Smartphones with a green screen

The green screen problem has been reported by owners of the following models:

As you can see, the range of problematic devices is quite extensive. Moreover, interestingly, the green screen affected only those smartphones that are still supported. That is, the Galaxy S8, for example, is not among them. This can serve as direct evidence that the problem was caused by one of the latest updates and is of software, not hardware nature. I don’t know whether this fact will please you or not, but whatever one may say, there is still hope for a bug fix, and you can count on a patch with a bug fix in the very near future.

Despite the fact that Samsung does not officially comment on the problem, you can try to fix it yourself. According to users who have experienced greening of their smartphone screens, this effect appears at low brightness levels. This means that if you increase the brightness, the greenery should either disappear completely or become less noticeable. Yes, this will naturally lead to an increase in energy consumption and a reduction in battery life. But here you can decide for yourself what to choose: contemplate a green screen or lose an hour and a half of work without recharging.

Why did the screen turn green

Obviously, the problem in question is the same for all smartphones regardless of the model. Most likely, it was caused by a calibration failure, which occurred due to an incorrectly configured update. By and large, there is nothing wrong with that, and Samsung may in the very near future release a fresh update in which it will correct the flaw. Therefore, it is recommended to just wait for the developers to complete work on the update and release it to people.

However, if you are not satisfied with the current situation, you can contact Samsung technical support.  Describe the problem, tell us that because of this you cannot fully use your smartphone, and request a repair or a refund. Most likely, you will be directed to an authorized service center, where you will be asked to leave the device for diagnostics. Upon its completion, the experts will make a decision on your problem and, possibly, satisfy the claim for reimbursement of the money spent on the purchase.