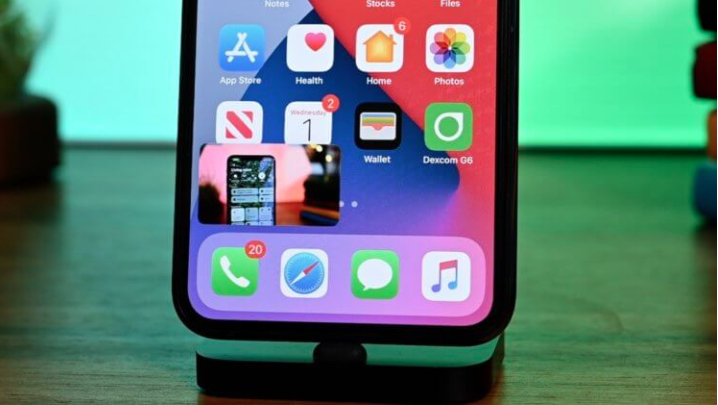 The sheer scale of iOS 14 is really hard to overestimate. The update includes so many new features, modes, and tools that you involuntarily begin to think that Apple has something to blame for adding all these innovations at once. After all, even a year ago, the implementation of most of them seemed unthinkable, but today it is our reality. Another thing is that, as the practice has shown, many users have no idea how to enable and interact with even the simplest functions. For example, picture-in-picture mode, which has reached the iPhone.

Picture-in-picture mode is a popular multitasking element that focuses – on iOS at least – on watching videos in a separate window while you are doing other tasks. In this mode, the movie runs on top of all other windows and processes, allowing the user to move it, change its size and, if necessary, even hide it from view. The original picture-in-picture mode appeared on the iPad because it was justified there by the large screen size, but in iOS 14 it also appeared on the iPhone.

Picture-in-picture is not included. What to do

Despite the seeming primitiveness of the mode, many users complain that it does not work by default. However, this is understandable, because “picture in picture” must first be turned on. Here’s how to do it:

Picture-in-picture support does not appear automatically in applications. Therefore, for a particular program to be able to play the video in a separate window, its developer will have to add the corresponding feature manually. If this is not done when you exit to the desktop while watching the video, its playback will stop. And since iOS 14 just came out, it shouldn’t come as a surprise that some apps don’t yet work with picture-in-picture mode. It will probably appear later.

How to set up picture-in-picture mode

If everything worked out for you, and the video started in a separate window on the desktop or on top of other processes and tasks that you are performing, then everything was done correctly. The window you see can be customized by resizing it. To do this, simply use the pinch-to-zoom gesture by pinching or spreading your fingers in the playback interface. To change the position of the window, simply drag it up, down, or to the sides with your finger. And to return to full-screen playback format, click on the special icon in the upper right corner of the video window.

Unfortunately, the scope of the regime of “picture in picture” on iOS from the same than on Android. Despite the fact that Apple offered the ability to hide the playback window by simply swiping to the right or left on it, Google makes it possible to launch more than video and video calls in a separate window. On Android, in this mode, for example, you can open maps to follow a route and at the same time continue to do other things or a calculator. For some reason, there is nothing like that on iOS.