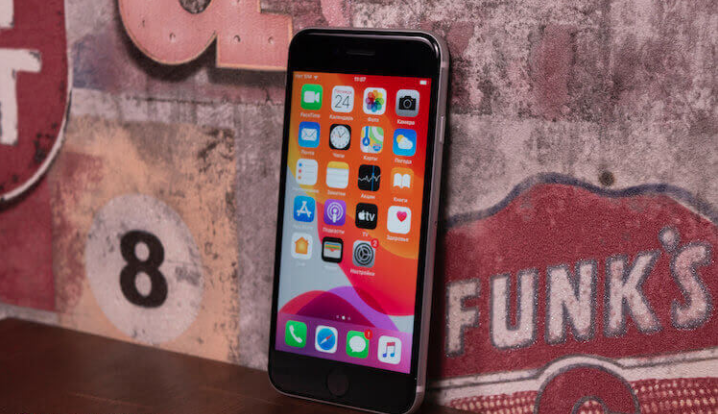 iPhone SE 2020 is a completely unique smartphone. No, I’m not trying to charge him a price, especially since there will already be a bunch of people willing to buy it. I’m just stating a fact. After all, if you look at it, then it has no real counterparts on the market, and those devices that are tipped to it as competitors can only be called such with a big stretch. In the end, the same price in itself cannot be considered a criterion for the similarity of devices and their orientation to the same audience. In this sense, the iPhone SE 2020 is truly one of a kind, and this is its value.

Quite frankly, the 2020 iPhone SE is league two. The body, display, camera, battery – literally everything screams about its inferiority. However, can you imagine Samsung launching a new smartphone in a Galaxy S5 case if you remember one at all? Of course not. But he, like the iPhone 6, from which Apple borrowed the display, camera, and partly appearance, was released in 2014. Koreans will immediately be laughed at, and their brainchild will be bought either by the most notorious fans or by random people who do not care what to buy at all.
However, iPhone SE 2020 was doomed to success even before the release. Of course, there were narrow-minded subjects who rushed to brand the novelty, but, objectively speaking, it turned out to be a really good product. Take a look at the camera, which, although it was rearranged from the iPhone 8, was taught portrait photography, and the quality was greatly improved. As a result, photos were taken with the iPhone SE 2020 camera come out no worse than with the iPhone 11 Pro Max camera, and in fact, it costs more than twice as much for a minute.
Related Posts

But, despite the external inferiority of the iPhone SE 2020, this smartphone plays in the big league, which no other device can afford. Even the Galaxy A51, which costs the same $ 400 in the US, is still a mid-range smartphone with all the objective advantages. It has a plastic body, rather mediocre hardware, and a clear lack of the prospects that the iPhone SE has. After all, after two years, the Galaxy A51 will no longer receive updates at all, and it can be scrapped, while the iPhone SE will obviously continue to be popular. Think back to the original iPhone SE. It was released in 2016, but it still continues to be sold, and those who bought it at the start of sales do not even think about updating to a new model. The same will happen with the novelty.

But what allows the 2020 iPhone SE to play in the big leagues while still being in league two? At first, it seemed to me that it was a matter of the cult that Apple had built around its products. After all, today owning an iPhone is prestigious, and not a single, even the most expensive Android smartphone promises you the same respect from others. But then I thought that status alone would not go far. This means that the key to Apple’s success is something else. Most likely, the company’s approach to the design of its devices played a role here. Indeed, from the very beginning, Cupertino has built a model of work in which everything is created within the company.

Design, hardware, software – it’s all done in one place. Apple engineers have been able to configure the A-series processors for years at will, while everyone else will only come to this next year. What about support? Without it, and half of those who laid eyes on it would not have bought the iPhone SE. iPhone SE is a product in itself, which is played by completely different rules, which he himself formulated. Therefore, such a smartphone could not have been obtained by any other company except Apple, and not because the fans of the Apple brand are led personalities without their own opinion.