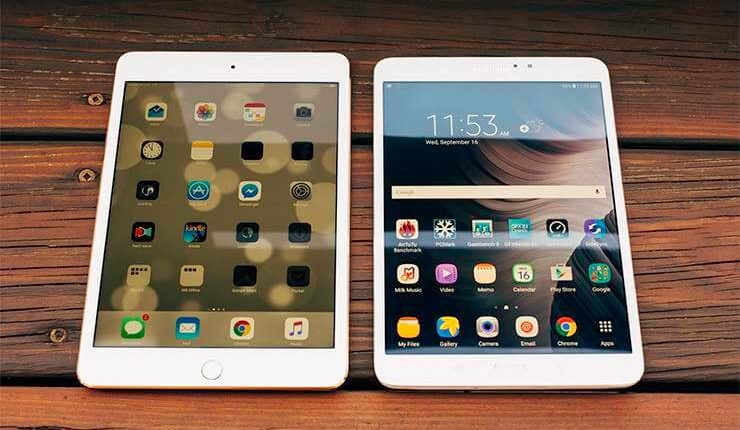 He was given 20 seconds, while lying about it as if it were the same iPad Air 2, only reduced. Dozens of engineers have put a piece of an immortal soul into this iOS device, creating a masterpiece with impeccable ergonomics. 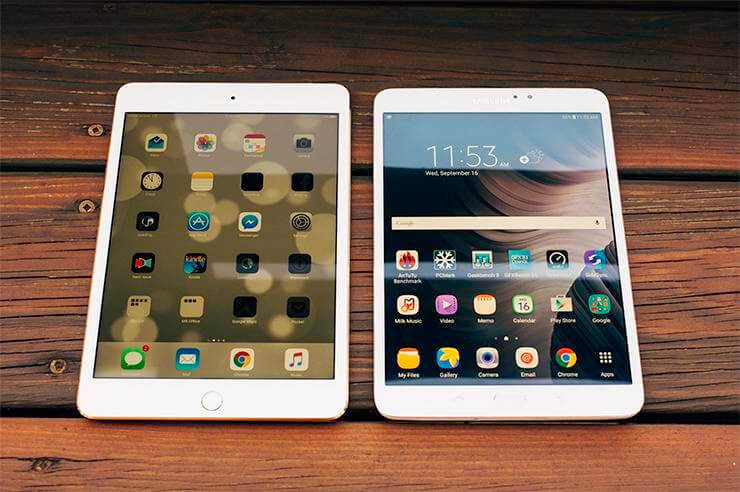 Is this the last one of the iPad mini 3, which was locked in the basement of the company, accusing it of criminal intentions? In 2014, the 8-inch tablets still aroused interest, and the “minic” was also amazingly good — and so that it would not hurt the sales of the iPad Air 2, which had invested so much effort and money, it was replaced with an obviously losing and not too interesting revision of iPad mini 2 .

As a result, sales of Apple tablets (and Air 2, mini 3, and the entire model range) fell by 17%, while tablets from other manufacturers, on average, sagged by 7%. And I, in a sinful affair, though: if, because of similar fears in the early 90s, they did not strangle the Apple II, maybe the mid-90s crisis would not have happened?

For the first time in the short history of iPad mini, their design has changed. iPad mini 4 has grown (by 3.2 mm), it has been heard “in the shoulders” (by 0.1 mm). In other words, he did not fit into the covers from previous models. Changed the thickness of the body. At the first mini it was 7.2 mm, at the second and at the third – 7.5 mm, now it was reduced to 6.1 mm. With the same bending strength. Now it must be checked. 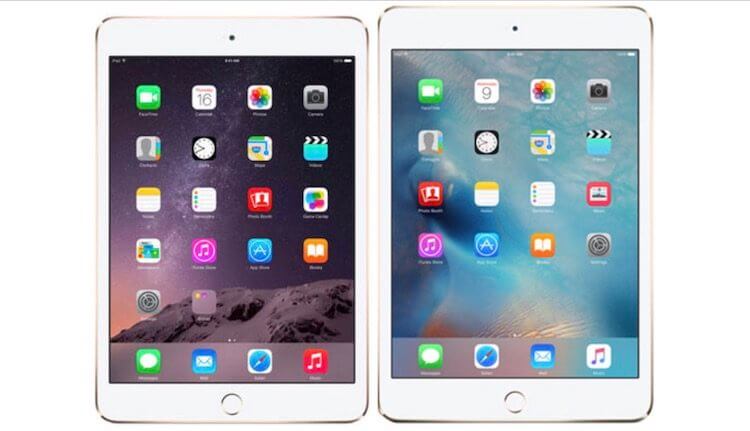 iPad mini 4 was the first iPad mini with almost one hundred percent color gamut. The difference was visible to the naked eye – if you simultaneously look at the screens of the Quartet and any of its ancestors. About the screen, we’ll talk again.

The computational and graphical power of the device, strictly speaking, are not part of its exterior. But not in our case. iPad mini 4 supported true multitasking and other innovations iOS 9 designed for iPad. No other iPad mini “pulled” them.

And I almost forgot – the iPad mini 4 could be purchased in the case of one of three colors, and silver was also added to silver and gray (the color of gunmetal bronze). Especially popular in China and its surroundings. iPad mini 3 was released only in the first two.

The ergonomics were striking – did anyone really spend dozens of hours of their lives so that the buttons on the side surfaces of the case protrude just enough to make it clear that they are buttons, and at the same time not to cling to surrounding objects. Actually, this is great.

Screen, case, buttons and two connectors – that’s the whole exterior. All the rest is software, the same as in full-sized iPads of sufficient power for this.

IPad mini 3 on the left, iPad mini 4 on the right: 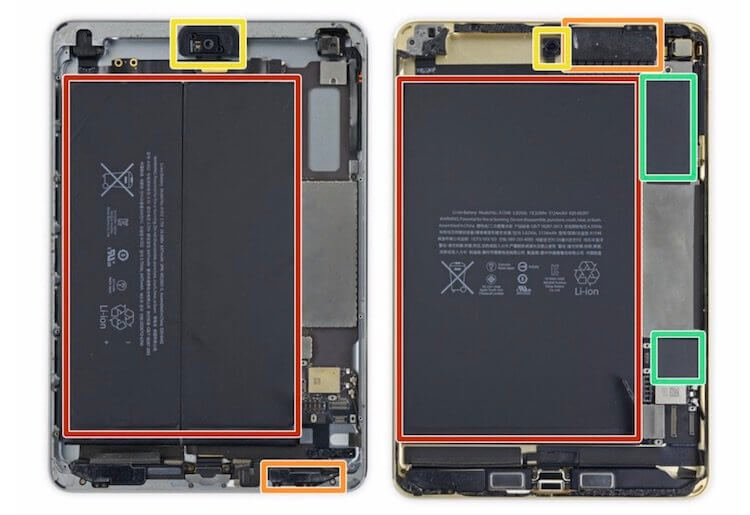 The orange one is that in the iPad mini 3, the artifact researchers called the “bottom antenna”, now it is below.

Incomprehensible color of the green shade circled plastic plugs. Their purpose is unknown to me.

It is very interesting to consider what is usually hidden from our eyes. Read the inscriptions on the chips, with a smart look to detect familiar symbols. But it is easier to get acquainted with the fact that experts have discovered in the depths of iPad mini 4.

The heart of the iPad mini 4 is last year’s (as of September 2015) Apple-A8 system-on-chip, with a Typhoon 64-bit 2-core processor (also called Cyclone 2) with a clock frequency of 1.5 GHz. Integrated 4-core PowerVR GX6450 graphics processor.

Motion coprocessor (Apple M8), still in the form of a separate chip from NXP. NFC chip from the same company. 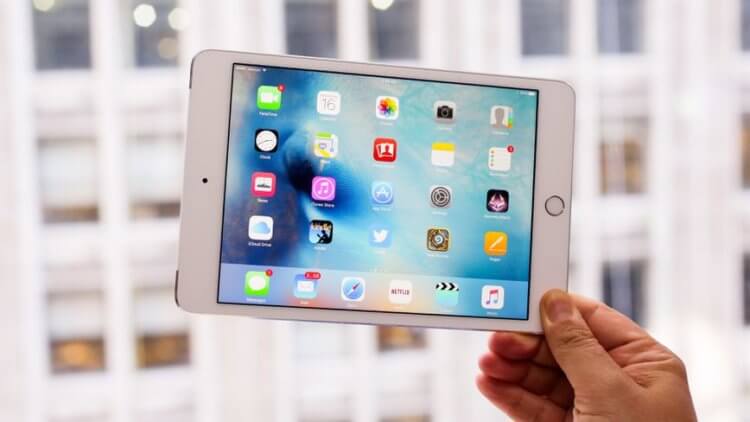 According to the calculations of the creators of the device, 19.1 watt-hours was supposed to provide 10 hours of autonomous work under normal load. In real life, even with a new battery, the iPad mini 4 held out only 8.5-9 hours.

For tablets with 8-inch screens, these prices were prohibitively high, but this was not something new, and the decline in sales of tablets in this segment was not associated with this.

Why you can not protect Apple Pay with a password