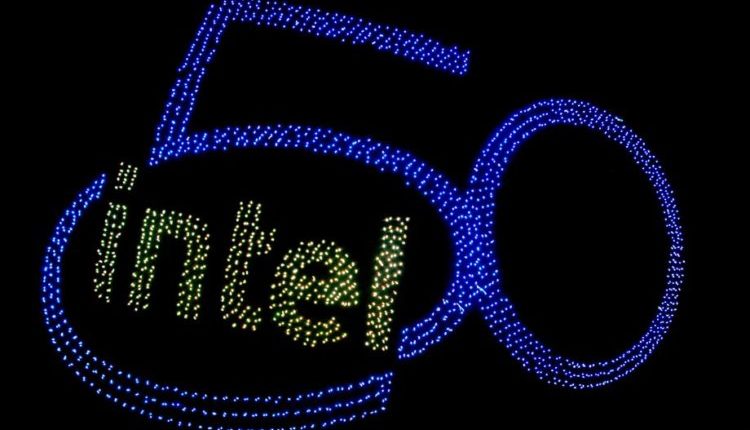 Until now, especially in the era of tick-to-tick strategy, everything was simple and clear. Each new generation had (usually one) name. Once every two years, the technological process was updated, once every two years – architecture. The company’s leadership in the processor industry was obvious and indisputable – and suddenly something happened and everything went wrong. 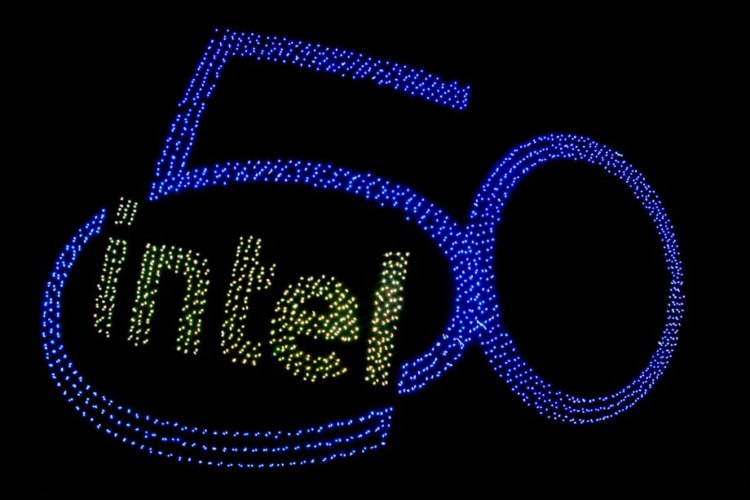 Intel was founded on July 18, 1968. In 2018, the company turned 50 years old, and those whose life was connected with Intel wanted to mark this event with something “insanely great.” You can relate differently to Intel, but its role in transforming our civilization into what it has become today is undeniable. In the mid-10s, despite the incessant machinations of “upstarts” (Samsung) and long-standing rivals (AMD), the company’s position was even stronger than ever before. And in the 90s, they organized a whole “crusade” against it, creating for this a consortium of AIM (Apple-IBM- Motorola ), its participants raised funds inconceivable for Intel in their project and launched a powerful campaign “against Intel” – it seemed like 30- Santa Clara’s summer corporation comes to an end. Failed.

In the mid-10s, Intel (and its employees) wanted to celebrate the upcoming anniversary with something on the verge of magic and fantasy. We have already worked on the transition to 10 nm technology, the resistance of the laws of nature (according to the developers) was taken into account, and very soon (in 2015/2016) it could be used in serial chips, to the envy of everyone. And in July 2018 the next step was already guessed – 7 nm. One of the first, and if you’re lucky then generally the first. It would be a gift from Intel engineers to a company that they were proud of and, oddly enough, loved, for a half-century anniversary.

The first 10 nm generation was announced and named Cannon Lake. Cannon Lake. There are two such lakes in Minnesota, in Montana, it is the name of a whole group of lakes, and an almost perfectly round lake with that name is one of the attractions in Florida. In honor of which of these toponyms should be named the first 10 nm processors from Intel, is unknown. In 2015, their publication was postponed and transferred to the second half of 2017. The laws of nature struck back. In 2017, it didn’t work again, and TSMC joined the laws of nature (remember 10 nm Apple A10X Fusion?). The less time left before the anniversary, the worse the situation became. 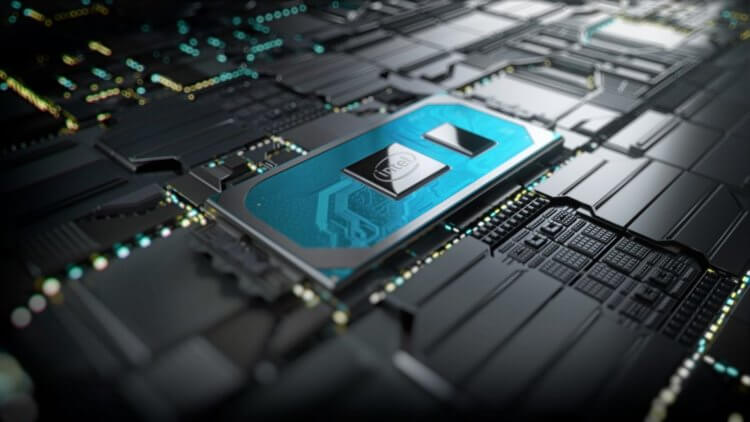 What do you call now?

In early 2017, Intel brilliantly emerged from a very unpleasant situation for it, replacing the two-phase tick-to-strategy strategy with the three-phase process-architecture-optimization strategy, finding convincing explanations for this and saving face. As we approach the ultimate dimensions for technology, complexity increases, and it takes more time to overcome them. Kaby Lake, logically and naturally, entered the newborn phase three, but Cannon Lake again had to be postponed.

In August, Intel again changed the concept. Now it was a question of combining several architectures in one generation. Intel Kaby Lake R (Refresh) became the first representatives of the 8th generation. They were produced using the same 14 nm + process as the usual Kaby Lake, but they significantly exceeded their performance, especially the graphic one. In addition to them, Coffee Lake (produced by an even more advanced technological process of 14 nm ++), and Cannon Lake (10 nm) were to enter the 8th generation.

At the 2017 World Consumer Electronics Show (CES), Intel showed off a laptop with an unknown modification of Cannon Lake inside. In 2018, in a limited edition, the company released Intel Core i3-8121U, with the architecture of Cannon Lake, which were used in two commercial laptops. The chip did not have a built-in GPU, as far as I know, it didn’t even come to mass circulations. Apple seriously thought about reassessing some of the values ​​- Intel increasingly resembled IBM and Motorola (Freescale) before Macs switched to Intel. Specific decisions about Intel, of course, have not been made. But just in case, most likely, work on an alternative option has begun.

From the late 90s to 2005, secretly from around the world, Apple kept up to date the version of its “modern OS” for Intel as well. Given both changes in the Intel lineup, as well as new versions of its own operating system. I would not be surprised if in a huge building without corners and glass, right now, someone is doing the same. And not only in it. Without a proprietary on-chip system, the emergency option is useless.

All is well. Intel successfully overcame all difficulties, and on August 2019 (just last week) released another “lake generation” of processors, Ice Lake. I’ll talk about him some other time. 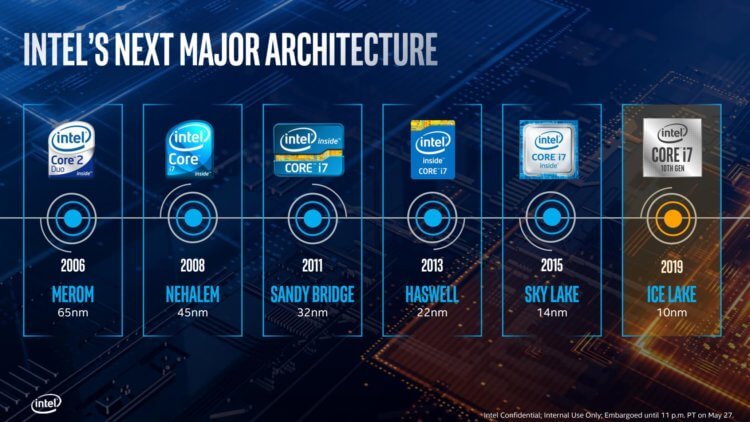 Almost a month before the anniversary, Brian Krzhanich, who headed the company since 2013, resigned. The official reason for his resignation was “an informal relationship with some company employee.” What happened between the head of Intel and an unknown employee of unknown gender is unknown. It is only known that the internal rules of the company prohibit such relations between the head of the company and his subordinates, and then things were not quite right. They took an interest, conducted an investigation, proved that it was – and Krzhanich resigned. He worked at Intel from 1982, until 2013 he was Intel’s Director of Operations (COO), as Tim Cook before he headed Apple.

Intel celebrated its 50th anniversary with the interim head of the company “at the head” (iCEO), Robert Swan, also a veteran of the company was appointed to them. In 2019, the board of directors approved him as the permanent head of Intel. How it all ends – no one knows yet. It seems like something very interesting is starting.