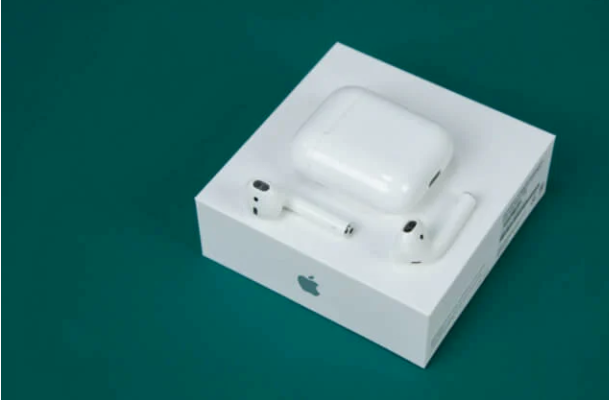 It might seem that the same thing is happening with AirPods and AirPods Pro as has always happened with the hopeless and insanely expensive products of this company. Which, over and over again, were exactly what the market wants, but imitators flocked to the rush demand and gigantic profits, offering almost the same, but cheaper, and in the end it was they who got the market. And in the second quarter of 2020, Apple’s share of the wireless headphone market dropped to 35%. But in reality, things are not the same as before, and so far nothing threatens Apple. Although the threat could move them to do something very interesting.

From the earliest years of its existence, Apple cared more about the impression it made on the outside world than about banal commerce. She was not at all interested in profit. It was much more important to surprise, amaze, turn the usual boring things into insanely interesting and incredibly pleasant to use masterpieces. In what they will dream of, for which you can ask for any money – and receive super-profits.

And TWS ( True True Wireless Stereo , truly wireless [wearable] stereo systems) from Apple, those very AirPods, AirPods 2 and AirPods Pro – just such a masterpiece. And he brings the company that very superprofit, prompting the envious to take action and adventure. So far, there are very few real rivals to Apple among them. Perhaps there is only one – this is Samsung , which invests its soul in TWS, huge funds, and it has fantastic potential.

We will talk a little later about what distinguished the two little-known companies. Basically, according to experts, the “Others” are made up of spoiler companies that have no chance of anything and that are not at all dangerous for Apple. At the same time Counterpoint Research claims that Apple sold many more AirPods in the second quarter than in the same quarter last year, but due to the fact that the data they have cannot be confirmed, since Apple does not publish quantitative data on sales of its products, Counterpoint also refrained from publishing them. At all.

Why are AirPods losing popularity?
Life in the TWS market is in full swing, everything is growing and developing – but there are no major breakthroughs yet. Is that a very interesting new product from Samsung, Galaxy Buds Live . They are equipped with an active noise cancellation system, differ in their original shape, and in the first weeks they were sold 300 thousand pieces.

True, an unknown part of these 300,000 pairs of headphones were distributed free of charge – when buying a Samsung Galaxy S10 on the company’s official website, they are given to the buyer. Rumors that these headphones are also presented to customers of the Samsung Galaxy Note 20 have not been confirmed (they are on the list of paid accessories for the Galaxy Note 20). Judging by the reviews, Galaxy Buds Live are remarkable not only for their low price ($ 170, one and a half times cheaper than AirPods Pro ), but also in themselves.

Where is Apple? In April, when the scale of the epidemiological catastrophe had not yet been adequately assessed, there were rumors about Apple’s new TWS, due out this year. At WWDC, the announcement of full-size headphones (codenamed B515) was promised for $ 350, in September-October – AirPods X (B517), for $ 200.

I’m not sure if any of these models will manage to seriously affect Apple’s market share. In 2021, Apple is likely to introduce a new generation of AirPods and AirPods Pro and widen its lead over the participants in this market – but more about that some other time.