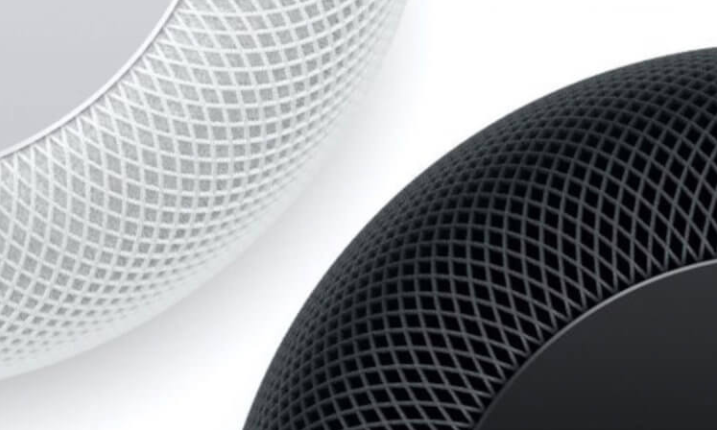 Syng, a Venetian company based in Venice, California, is gearing up for a historic event: the company plans to bring its smart Cell speakers to market in the fourth quarter of this year, promising nothing less than unprecedented sound quality. The rest (new audio format and new sound processing algorithms) somehow pales against this background. Another “killer of something from Apple”? The head of Syng did not say a word about it, he just told what exactly they would do. Chris Stringer has to believe he was one of the main creators of the HomePod, the world’s best sound quality smart speaker. At the same time, something interesting surfaced, explaining why HomePod was delayed in release and, as a result, lost to competitors.

Christopher Stringer is an industrial designer, one of the people who created Apple as we know it. Just in case, industrial design is an area of ​​activity in which art and exact sciences are fused into something whole and inseparable. Apple designers, primarily Jonathan Ive , have not been convicted of anything, but the number of real masterpieces of industrial design created by them is an order of magnitude higher than that of anyone else.
Christopher joined Jonathan Ive’s team in 1995, and after working with him for 22 years, left the company in the summer of 2017. Not one left: with it, almost all of the main developers of HomePod left Apple. What caused their departure is not known for certain. It is said that their departure was somehow related to Jonathan Ive’s slow squeezing out of the company, which could very well be. Apple executives refused to meet the “rebels”, knowing a hundred “irreplaceable” – but it turned out that they are, and the consequences for HomePod were almost disastrous.

Its publication was postponed several times, an attempt to rectify the situation by mass testing HomePod in the homes of employees led to leaks of sensitive information. The only thing that competitors failed to copy was the sound quality. This is the work of Christopher and the professionals who left with him, now working at Syng. It turns out that he left Apple before his “teacher” Jony I’ve.

Why did Jony Ive leave Apple?

In August 2011, Steve Jobs stepped down as CEO of Apple, handing over the reins to Tim Cook, the company’s senior vice president of the organization. Tim is a brilliant organizer and never a revolutionary. The revolution is a mess, inconsistencies, constant rush jobs, heroism, overcoming inevitable mistakes. The company, which until quite recently stood on the edge of the abyss, surprisingly returned to the “big league”, but in order to protect itself from inevitable problems in the future, it needed something else. A company can be incredibly interesting with its ideas, shock the market with incredible products – but if it does not have a solid financial foundation, all this can be lost at any moment. Tim did it. During his reign, the growth of the company’s revenues and net income accelerated, the company’s stock capitalization’s exceeded a trillion dollars. (Apple was the first trillionaire company in the US), on the physical side, Apple is in chocolate.
But there is another side, with which in recent years it was less successful. Steve did not know that everything would end so quickly – he was going to, while serving as chairman of Apple, control the work of a unique “miracle machine.” For it to work with maximum efficiency, you need bright genius people with different views on the problems solved by the company, who are able to defend their point of view to the end. Something like an intelligent reactor that, without proper management, will immediately go to pieces and simply destroy the company. Realizing that this would not be so, in the last days of his life Steve invited Tim several times, and no one knows what they talked about – but remembering what happened next, you can draw some conclusions.

Tim put his bets on Jonathan Ive (who had many more supporters than “mini-Jobs” Scott Forstal). Forstal, for some reason, twice did something that he had never done before: “screwed up”, absurdly rude – with iOS 6 and Apple Maps. He tried to defend himself, citing numerous examples of the distortion of his decisions. He was clearly set up. Publicly. Then he waved his hand, refused to apologize, and left Apple. The reactor was successfully shut down and peaceful days began.
But now Jonathan Ive has begun to “carry over”. Rather, he was always carried away, like all geniuses in the world – only now there was neither Steve Jobs nor, at least, Scott “mini-Jobs” Forstal, thanks to which troubles were avoided. In 2015, Jonathan Ive was promoted to CDO, Chief Executive Officer of Design, to a purely administrative job.

Weeds of Jonathan Ive: a frank overkill in an effort to lighten and thin products and inattention to opinions other than his (Sir, laureate, and holder of the highest British order, the best designer in the world). Mac Pro, painfully similar to standard Tokyo trash cans, the same butterfly keyboard (I did not know that it was his brainchild too). Tim made a decision, but in 2017, when Jonathan was able to return to what he loved, something happened. In 2019, he left Apple. It seems to be himself, but this is not at all a fact. Apple’s story continues. Recently, something in the company has been changing, it seems – for the better. The company is not run by fools, and they are far from indifferent to its future. Wait and see.

What will happen to HomePod?

The killers of the iPhone, MacBook AirThere are many, iPad, Apple Watch, and AirPods, new killers appear almost every day. Apple does not react to them – since 2008 or 2009. Nothing terrible happens because of these killers. On the contrary: they create a favorable background for Apple, against which the company looks even more advantageous and beautiful. But this time the threat is more than serious, it must be feared. Urgently, at any cost. It seems that physically eliminating Syng would be politically wrong. Absorbing it would be the best solution, but Christopher and 50 of his employees would not agree to that. There are two good solutions left: close the HomePod project or make the next HomePod a killer. Surpass the creation of the Venetian masters (Syng is located in Venice, California), or leave. I wonder what they will choose and how will it end?