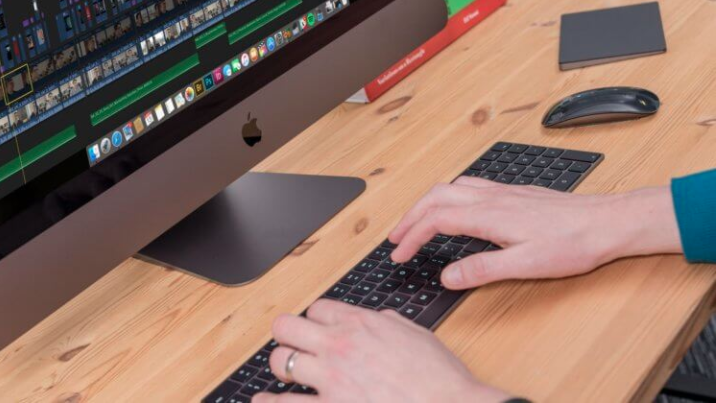 It happened on June 21, the day before the big information explosion after the opening of the virtual WWDC. Min Chi-ko, a Taiwanese analyst known as a predictor whose predictions tend to come true, has published another prediction. The next day, most of what he said was erased from memory, but, oddly enough, almost everything he predicted came true . It’s not a fact that the predicted at a later date will come true, but the 24-inch iMac with Apple Silicon mentioned on June 21 deserves our attention. Those who are interested in Apple already have an idea of ​​what the first Apple-Silicone Macs will be like. Min Chi-ko’s version contradicts them – but it should not be ruled out.

The analyst, without disclosing the sources of information, predicted that at the opening of WWDC there will be no presentations of the new “hardware” (this has been discussed for at least a whole week), but soon after the global conference of apple developers, Apple will update the Intel iMac, and this will be the last update Intel Macs in their history. In early August, about a month and a half after the prediction, Intel iMacs of all grades were updated .

All future Macs will be Apple Silicon, with the first being the 24-inch iMac and the 13-inch MacBook Pro . Actually, Tim Cook said the following about the first production Macs with Apple processors:

Could the 24-inch iMac be the first Mac with Apple Silicon? There are pros and cons for this.

When the iMac comes out with Apple Silicon

This version has not been seriously considered for a very long time (over a month). In rumors and in leaks, she is not even mentioned. A desktop computer is something serious. It should have serious desktop processors (and the Apple A14X , a tablet system-on-a-chip, doesn’t seem like a worthy replacement), serious graphics, and Thunderbolt support. And support for Thunderbolt in Apple-Silicone Macs is promised in the second half of 2021 .

If we were talking about flagship models of large iMacs, I would agree with the last argument. A dual-use desktop computer (both consumer and professional) without Thunderbolt, psychologically, would seem flawed. For the debut of a widely and loudly advertised new architecture, this is not good enough. But I wouldn’t be so sure about the insufficiency of the Apple A14X in a case with an effective cooling system. The processor could be overclocked in such conditions.

Actually, the 24-inch iMac is the result of a long-awaited redesign of the 21.5-inch model. Younger model. In Intel iMacs with such a diagonal, processors have never been particularly powerful. The graphics processors were built-in, from Intel, that is, second-rate. Even the best of them, the 11th generation, do not stand up to any comparison with graphics processors from AMD or NVIDIA. The lack of Thunderbolt for small iMacs is a drawback, but a small one. Venial.

But this iMac would have torn all its ancestors to shreds in any comparative tests. That is, a 24-inch iMac would be suitable for the role of the first Mac with Apple Silicon. And this option should not be ruled out. But most likely it will be released next year, with Thunderbolt and most likely with a mini-LED display. I think the first will be a small laptop that vaguely resembles a MacBook. In any case, the leaks point to just that.

The design of the new iMac

Over the past few years, Apple has been actively researching the redesign of the iMac. Many options, even absolutely idiotic (in my opinion), have been researched and tried (perhaps even on prototypes). Dozens of patent applications have been filed with the Patent and Trademark Office, many of which have already been patented by Apple.

I do not like this option, although I cannot fail to note its originality. If iMacs with Apple Silicon are like this, critics will blow them to pieces, but they will be sold as in the best times for personal computers, and Apple will have no end to those who want to repeat this design. But I really hope for the common sense of those who make decisions. This design has a thousand flaws that I won’t even talk about. They are obvious.

I like the more conservative options. A hinged stand with adjustable tilt and pivot angles and a secure fit in a user-selectable position like the Pro Display XDR would be great, but it wouldn’t be cheap.
But options with a reduced thickness of the frames around the screen and “no beard” – this is most likely what Apple will do with the iMac. Is it time for the 6K-iMac ?