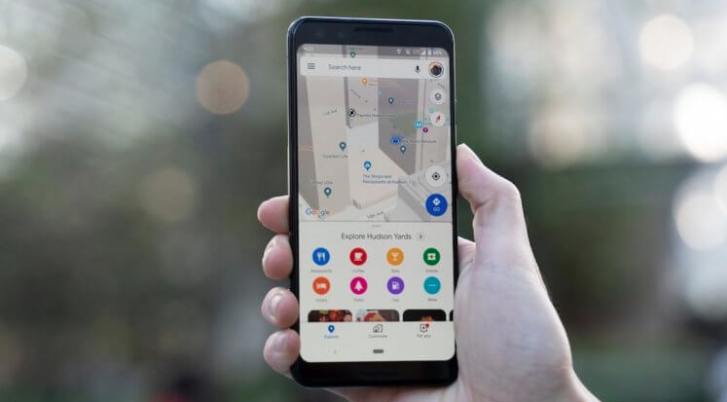 Probably everyone knows how to share geolocation . This skill can be useful in a variety of situations in life – from finding the right place to tracking the movement of a loved one who needs to be monitored, for example, when traveling by taxi in the middle of the night. Another thing is that sometimes it is quite difficult to determine the exact location of a particular object since this place simply does not have an address. In such cases, users have to navigate only approximately or use latitude and longitude, which often turns out to be a quest to compare. Fortunately, Google has solved this problem.

Google has released an update to Google Maps that adds support for Plus Code mode. It allows you to share your geolocation even if the address is missing or unknown, replacing it with a short combination of letters and numbers. This usually happens in villages or settlements, the infrastructure of which is not marked on the map, or in Asian countries, where often houses simply do not have numbers. Google does not reveal details about the mechanics of Plus Code mode, but most likely it simply encrypts latitude and longitude, presenting it in a truncated form.

All that is required from the recipient to whom you pass this code is to insert it into the search bar in Google Maps. This can be done in the mobile application or in the web version of the service. A map will open in front of him with a dot indicating your current location. Despite the fact that Google Maps has the ability to set a “pin” to a specific geographic point, using the Plus Code mechanism it is much more convenient to share your geolocation because you do not have to calculate the exact location and arrange the pins yourself.

Perhaps some of you will remember that a similar system was in Google Maps before. In fact, it is. Google has been working for a long time to give visitors to Asian countries, where house numbers are less common than, say, in Europe, the ability – pardon the tautology – to share the missing address. True, then the innovation did not take off, since it was too difficult to implement. As a result, most users found it simply easier to put a pin at their location and share it with loved ones than to understand the Plus Code system. However, Google fixed all the mistakes and made it so easy and simple to share geolocation without an address.