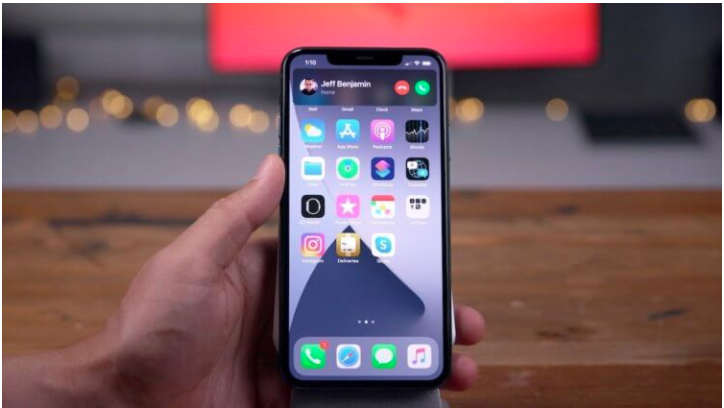 Despite the fact that I have never had complaints about the convenience of the iPhone, iOS 14 should take it to a whole new level. Apple took into account the requests of users and implemented almost everything that was asked of it: widgets, replacement of standard applications with third-party ones, payment by QR in Apple Pay and, of course, redesign of the interface of an incoming call. Now it is not a separate page covering all screen elements, but a small banner at the top of the display, which does not distract at all and does not interfere with the current tasks. And what if this option does not suit you?

To begin with, I consider it necessary to give credit to Apple. It is quite obvious that the company’s developers spied on such an implementation of an incoming call from independent designers creating concepts for iOS updates. After all, this embodiment was first introduced precisely in the original versions of the operating system. Very, very many liked it, but only a few were ready to believe that Apple would be ready to implement something similar in iOS. Still, this banner looked too bold and even somehow not Apple-like. But in iOS 14, this happened.

How to set up a call window in iOS 14

However, as it turned out, not everyone liked the call banner. Some users considered this performance too innovative and expressed their desire to return everything as it was. In the end, even the classic said: “A habit from above is given to us, it is a substitute for happiness.” Therefore, there is nothing strange in the fact that some demanded that Apple return the design of the incoming call to its original state. But in Cupertino, everything was foreseen in advance and added to the settings the ability to independently choose the type of call.

Despite the fact that third-party applications do not allow you to manually select the interface of an incoming call, often the one you have chosen for regular calls is applied to them. This is due to the fact that many instant messengers use a standard phone interface. At least Telegram uses it, which has been tested for a banner call. It can be expanded to full screen to answer a message or reject a call and remind you to call back.

How to translate a page in Safari on iOS 14