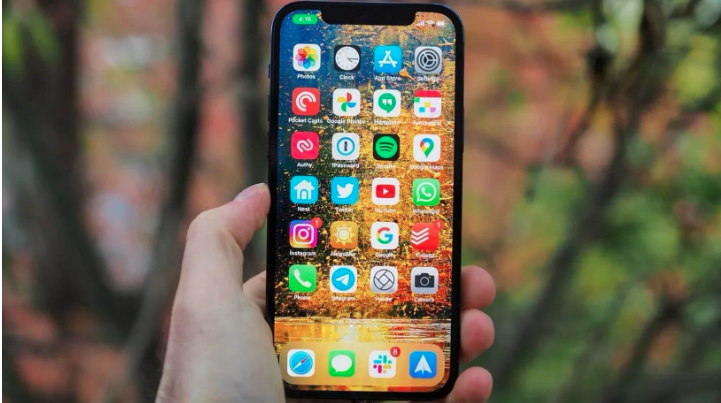 The recently released iPhone with the A16 Bionic processor, whose power has changed quite a bit, proves once again that the performance of a smartphone is enough for any task. In particular, the new iPhone will easily pull any games that are in the App Store : contrary to popular belief, they say that all games for the iPhone are only paid, in fact, this is not so. We have found for you cool games of different genres that you can play for free , and they will run without problems not only on the iPhone 14, but also on any other iPhone that was released a few years ago.

The legendary continuation of the famous game that has become popular not only on iPhones, but also on Nokia smartphones with Symbian: it has a simple gameplay, as you just need to jump from one platform to another, use boosters and avoid monsters. The trick is that you don’t even need to touch the smartphone screen, because the character jumps automatically, but moves from side to side thanks to the smartphone’s gyroscope.

In the second version of Doodle Jump , almost nothing has changed, except for the graphics – it was redrawn a little, and various upgrades were added to protect the main character from defeat. In general, if you want to sit quietly, think and focus on a particular thought, you can stick to Doodle Jump 2.

Another game that does not have some crazy graphics and drawing is Data Wing . In it, you need to slide with a white triangle, which looks more like a mouse pointer, along a luminous track, avoiding obstacles. The trick is that the game has different levels: somewhere you need to overtake rivals, and somewhere you need to find a way out of the labyrinth.

Each level has its own environment, but the main thing is to overcome gravity, which complicates the passage. Despite the fact that the game seems simple, it has its own story that takes place behind the scenes. Data Wing is another cool time-killer for a smartphone , which is impossible to tear yourself away from, and it works without glitches on almost any iPhone.

Tetris is the official game

The game with the assembly of blocks once conquered the whole world. Probably, every house had an original battery-powered console that was impossible to tear oneself away from, so there is nothing better than porting the classic Tetris to a smartphone . All you need to do is stack bricks, but now you can do it in championship mode or in multiplayer against your friends.

Some of the functions, disabling ads and other features are for money, but you can play the main game without any problems. It is possible to change the background, customize the avatar, theme, but this is complete nonsense compared to the passage of your favorite game! Be sure to download!

Speaking of simple games, we can’t help but mention Yokai Dungeon , a 2D arcade game inspired by Japanese folklore where you have to control a fox and kill ghosts. In addition, you also need to collect various bonuses and run away from moving obstacles and bosses – and all this within one screen!

There are various zones divided into separate labyrinths, and earned treasures can be spent on unlocking new characters (19 in total) with interesting abilities. And don’t forget to turn on the sound on your iPhone : the game has a cool MIDI soundtrack, made in the style of games for Dandy, which plays in a circle, but does not get bored. Despite the fact that the game is quite simple, the graphics and effects are top notch. Download to health!

Among Us – The Search for the Imposter

The legendary game Among Us is back in the top: the original, released in 2018 and undeservedly forgotten, has become popular again. This is a kind of “Mafia”, based on which memes even appeared on VKontakte: the bottom line is that in each round from 4 to 10 people complete tasks on the map, but from 1 to 3 people of them are traitors. The goal of the traitors is to get rid of the crew, but to do it discreetly.

The goal is to figure out the villain by voting, and the traitors – to remain above suspicion. Among Us is not just entertainment, but also a game for pumping thinking , as you need to learn how to think a few steps ahead. The game is so addictive that you do not have time to look back, and the day has already flown by. Be sure to try it if you heard about it before, but everyone did not dare to install it!