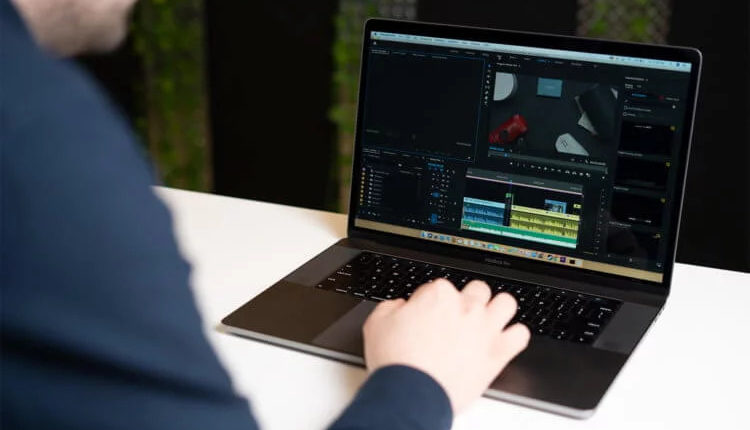 Changes compared to last year’s MBP are minimal, and they are all point-like, almost jewelry. But the result exceeded expectations: these are the most powerful professional laptops from Apple in their history. They are not as powerful as the company’s press release says, but even so, they are the very best.

Between MBPs released before May 21 of this year and those that are released after this day, there are only two worthy of mention. With perseverance, apparently worthy of a better application, the company is trying to rehabilitate a butterfly-type keyboard. Dozens, if not hundreds, of the world’s best engineers and thousands of man-hours of hard work – and now, for the third time, its improved version is offered. Judging by the vacancies on the “apple” site and some other signs, at Applecame to the conclusion that it is necessary to invest sharply and thoroughly in testing and testing. Almost half a year has passed since the release of the fourth-generation butterfly keyboard (or generation 3.5), the complaints did not disappear – but they became many times less. The second change is the replacement of 8th generation processors with 9th processors, Coffee Lake with Coffee Lake Refresh. In fact, a three-fold update to Kaby Lake instead of a twofold. But the essence of things and its real manifestation are not the same thing.

One could stop at this, but in reality everything is not so simple. After the sale of last year’s MBP 15 started in July 2018, changes were made to them, obviously not from a good life and not from the desire to please consumers. The negativity around the 15-inch MacBook Pro, which has been piling up for several years, apparently exceeded some invisible barrier and sales of new products were depressingly low. Having estimated the pros and cons, the representatives of the main target audience of large MacBook Pros either decided to postpone the purchase (expensive, not too impressive and scary to get involved with the infamous keyboard), or even leave the Mac. The same professional programs are also on the other side, if personal preferences begin to interfere, they are neglected. In November 2018 and March 2019, Apple fixed something, These fixes are inherited from the May 2019 MacBook Pro. The differences between MBP 2018 and MBP 2019, as a result of all this, are more than two.

Change on the job

On November 14, 2018, Apple unexpectedly met those for whom the power of the MacBook Pro graphics subsystem seemed insufficient and who refused to contact Blackmagic’s eGPUs (developed with Apple) due to not very favorable press reviews and insufficient attractiveness of the AMD Radeon Pro 580. On that historic day, in the configurator of a more expensive option (for $ 2,799, with Intel Core i7 2.6 GHz and AMD Radeon Pro 560X), the section “graphics processors” appeared, with two options: AMD Radeon Pro Vega 16 and AMD Radeon Pro Vega 20, both with 4 Gigabytes of HBM2 memory. It’s funny, it happened just when the era of HBM2, significantly superior to GDDR5 in almost all important respects, ended. First, GDDR5X, a much cheaper type of memory with parameters close to HBM2, dealt her a painful, albeit non-fatal, then it was finished off by a new type of memory, GDDR6. HBM2 is a memory with high bandwidth and multi-layer layout, among other things, at a high price). The war between the types of graphics memory continues, HBM3 and HBM4 are being developed, and whichever of them wins, we will win. 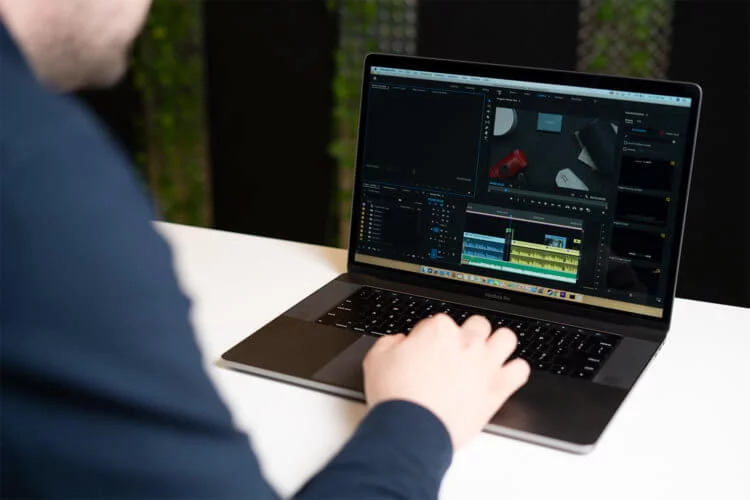 AMD Radeon Pro Vega 16 and AMD Radeon Pro Vega 20, although far from the brightest stars among mobile GPUs, immediately affected sales. They emerged from a swoon, and slowly returned to an acceptable level. Shareholders stopped tormenting Tim Cook with stupid and inappropriate questions, MacBook Pro developers breathed a sigh of relief. Replacing the AMD Radeon Pro 560X with AMD Radeon Pro Vega 16 cost $ 250, and the AMD Radeon Pro Vega 20 cost $ 350. Naturally, the media found these proposals not serious enough, but this is not bad for a laptop. Even more interesting is one seemingly insignificant detail: when installing any Radeon Vega Pro, the computer model identifier changed from MacBookPro15.1 to MacBookPro15.3. That is, in addition to replacing the GPU, some serious changes were made to the design, but since no one published the results of the “genetically modified” MBP autopsy, and Apple itself does not like to put the insides of its products on public display, I don’t know the details of the changes. If they are known to you, please give a link in the comment.

Since Apple began to tightly solder flash memory into the motherboards of its laptops, too high prices for this configuration element began to concern everyone. Prior to that, the same amount of flash memory could be purchased from independent sellers, which cost half the price. In the initial configurations, drives with a capacity of 256 or 512 Gigabytes were installed. For many, this is not enough. For those who need a mobile laptop with a larger drive, the idea of ​​connecting external drives is not very inspiring. The original 256 GB in the configuration for $ 2,399 could be replaced with 512 GB, 1 TB, 2 TB or 4 TB for 200, 600, 1,200 or 3,000 dollars. 4 TB cost more than the MacBook Pro itself, even if you increase the size of RAM from the included 16 gigabytes to 32 (for $ 300). In the configuration for $ 2,799, 512 GB of flash memory was installed, for many it is an acceptable amount, but not for everyone. Upgrading to 1 TB, 2 TB, or 4 TB cost $ 400, $ 1,000, and $ 2,800.

On March 19, 2019, Apple, suddenly, decided to hear groans and gnashing of teeth, and all these options became much cheaper than before. In the “cheap” version, for installing 512 GB, 1 TB, 2 TB or 4 TB, they now asked for 200, 400, 1 200 or 1,600 dollars, in the “expensive” one for 1 TB, 2 TB or 4 TB – 200, 600 and 1 400. In exactly the same versions of the 2019 MacBook Pro, the same amount of flash memory costs the exact same amount. It is more expensive than in free trade, but not at times. The allegations that Apple uses flash memory chips of incomparably higher quality found in some places in the media have no foundation. The same. Independent suppliers of such chips test them no worse than Apple – but now it is something like essays on inaccessible foreign countries. If you need a Mac, portable. In some professions, Mac is inevitable.

It would be incorrect to call the new 15-inch MacBook Pro the “new model”; it and the 2018 MacBook Pro have the same model identifiers. For configurations with AMD Radeon Pro 555X or AMD Radeon Pro 560X it is MacBookPro15.1, and for configurations with AMD Radeon Pro Vega 16 or AMD Radeon Pro Vega 20 it is MacBookPro15.3. In the MBP samples of 2018 and 2019, the same GPUs, both discrete and built-in: Intel UHD Graphics 630. Naturally, switching between a discrete and integrated GPU under the complete control of the operating system, the view of the protein application on the computer is not interesting to anyone. Although, in a new working computer, there are no problems because of this, it seems.

By the way, did they save the MacBookPro16.1 identifier for a 16- or 16.5-inch MacBook Pro? And will such a MacBook Pro come out in general, and will it be called a Mac, and what kind of processor will it have inside?