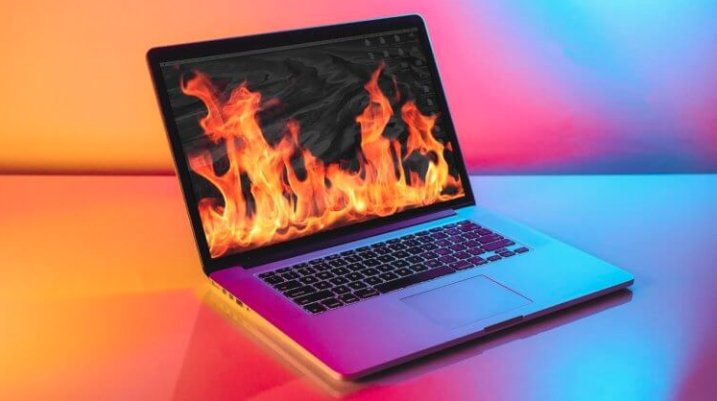 Some modern Apple laptops (such as the MacBook Air 2020) have heat dissipation issues, which can cause the computer to overheat within a couple of weeks after purchase. This is a design feature and you can’t do anything here. Another thing is when it comes to the old MacBook Pro, which sooner or later also “rises in temperature.” This is wear and tear caused by time, the consequences of which, however, MAY and MUST be eliminated. The procedure for replacing thermal paste in MacBook is not the most tricky one, but even here some “craftsmen” manage to mess up.

Why MacBook overheating is dangerous

For example, one 2015 MacBook Pro started showing signs of overheating after 5 years of operation. They are easy to install on your own – the laptop constantly spins up the fans, and its case gets very hot even for not the most resource-intensive tasks like surfing the Internet.

Overheating can not only damage the computer components (the same processor), but also reduce performance. The processor itself lowers its maximum frequency to stay within the allowed temperature zone – this is called throttling.

The owner did not put up with this and decided to take the laptop to a service, where they replaced the thermal paste on the laptop. It would seem that it is a success and you can use the MacBook for as many years.

But it’s not that simple. After a couple of weeks, the signs of overheating began to recur again, which means the problem has not been resolved and the MacBook Pro 15 ″ needs to be repaired. The owner of the MacBook turned to Apple Pro specialists for help, this is a service in Moscow. Indeed, a check with special software showed a strong overheating of the processor – over 100 degrees C, which is almost the maximum allowable value. The fan was constantly running at almost maximum speed. Didn’t they change the thermal paste at all?

Then they opened the computer for diagnostics – and found something interesting.

Why is my MacBook Pro overheating

Firstly, during the last dismantling, most likely, the sleeve of the screw, which is used in the cooling system, was torn off. Instead of putting it in place, the “craftsmen” fixed the structure with some kind of incomprehensible screw (probably, they removed it from the furniture, there is no other explanation).

Apple Pro dismantled this disgrace, took the trouble to pick up a soldering iron and fixed the sleeve in its place.

After that, we cleaned the processor from the remnants of the old thermal paste and applied a new one in compliance with all standards – squeezed out the air and evenly distributed the new paste.

Then they installed the cooling system with the correct screw designed for use in a MacBook, and not in an IKEA dresser.

After assembly, the specialists checked the processor temperature – it returned to normal. The fan generally ran almost silently.

As you can see, even with a seemingly simple repair, some manage to screw up. Therefore, we in the editorial office have been entrusting our Macs to the Apple Pro service center for several years and have always been pleased with the result. For example, they increased the memory in the office Mac mini and repaired the iMac, and also repaired the authors’ MacBooks . It is better to go directly to a trusted place, especially since AppleInsider.ru readers have a permanent 10% discount in Apple Pro .

The owner of this MacBook Pro is still lucky – who knows what the past “masters” would have done if he turned to them with a more serious problem.

How Apple is killing cloud gaming on iOS