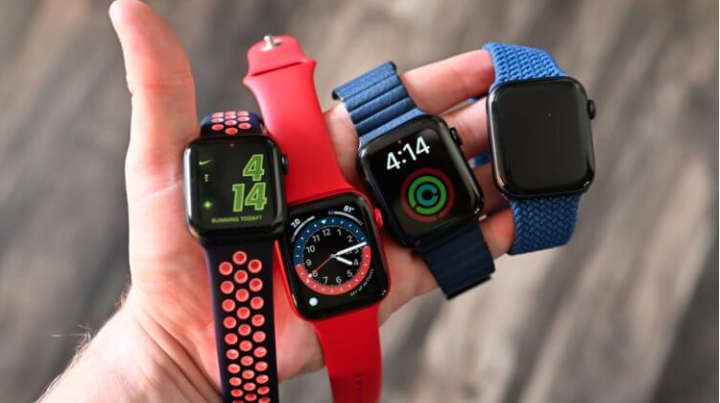 First-generation Apple Watch went on sale back in 2015. Much has changed since then. The expensive representatives of the Gold Edition line have gone into oblivion, in 2016 the first generation was replaced by Series 1, and in parallel Series 2 with its own GPS came out, in 2017 with the release of Series 3 our beloved company began to popularize the e-SIM standard in certain countries and position smartwatches as a fully functioning separately functioning gadget. All this time, I was very skeptical about smartwatches. Feedback from popular tech bloggers on YouTube and the experience of my friends who bought Series 2 and Series 3, made up in my mind quite a firm opinion that the Apple Watch is just a beautiful accessory for the iPhone, another expensive and useless toy from Tim and the team. This was until the Apple Watch Series 4 fell into my hands., released in the fall of 2018.

The newly enlarged screen, new wonderful dials prompted many to change their Series 2 and Series 3 for the current generation. I have to admit that the magic of Apple can really drive you crazy when you actually start using the product. After playing with my friend’s watch for three days, I really fired up, but there was no money for a new gadget, and I agreed to buy it a used Series 3. Moreover, in fact, they functionally lost only in the size of the screen and the absence of new dials.

A year later, the Apple Watch Series 5 came out. But the budget again did not allow switching to them, and I did not dare to buy last year’s Series 4. And by the way, I did the right thing, because in 2020 there really is plenty to choose from.

Which Apple Watch is officially on sale

Today, the current line of smartwatches from Apple is represented by the following models:

Where did Apple Watch 5 go?

At the same time, last year’s Series 5 model was discontinued, since now its analog is the SE model (albeit without the most important flagship function – Always On Display). And the Series 4 was discontinued last year so as not to compete with Series 5. But last year’s flagship watch can be easily found in reseller warehouses at reasonable prices. Another question, is it worth buying them after the SE model is released?

As you know, the internal components of the Apple Watch are not based on a printed circuit board, but on the so-called System-On-Package. The budget novelty for 2020 is built on the S5 system with a dual-core 64-bit processor, exactly the same as used in the Apple Watch Series 5. This processor is only 20% slower than the S6 processor in the flagship Series 6 model but twice as fast as the S3 processor in Series 3 models.

The display in the SE model is similar to the Series 6 – OLED LTPO with Retina technology. Brightness 1000 cd / m2. But in the budget model, Always On Display is disabled, and for those who really need this function, this is perhaps the only serious drawback of the Apple Watch Series SE. Such buyers will either buy last year’s model at retail or have already added 12,000 rubles. and take a new product – Series 6. 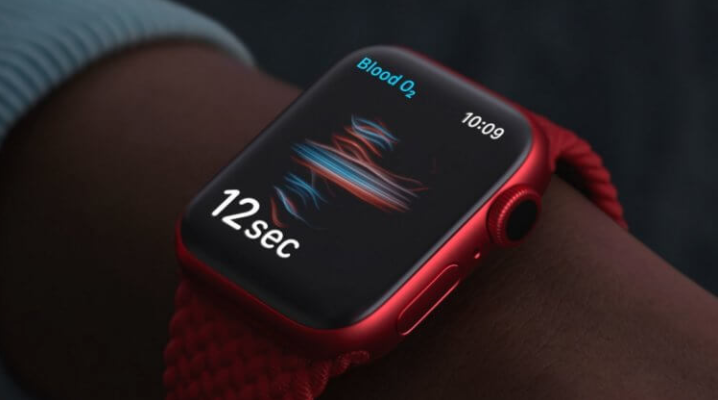 The radio module in both the flagship and budget models is built on the W3 chip, but the Apple Watch Series 6 for the first time got the ability to work via WiFi in the 5 GHz range, the Watch SE, like all last year’s models, can connect to wireless access points exclusively at 2.4 GHz.

Apple Watch SE comes in an aluminum case only and does not have two new exclusive colors. But in fairness, it is worth noting that in the Russian Federation and the CIS countries only watches in an aluminum case, the so-called versions of GPS, are officially sold, since in our countries the e-SIM technology in watches is not yet available. Flagship watches in a steel case and titanium (Edition version) are always LTE versions containing an e-SIM module. You can buy them only in those countries where the corresponding technology is implemented, both legally (allowed by the state) and technically.

Now one more chip – ECG. I spoke with several cardiologists. The watch as a functional diagnostic tool makes them smile . What to say about a watch, when even certified electronic blood pressure monitors give a significant error in measuring blood pressure compared to measurements taken by a real person – a doctor or nurse using a conventional tonometer with an arrow and a phonendoscope.

Maybe in a couple of years, wearable electronics will give accurate results, but so far the function of taking an ECG in Apple Watch is not certified by the Ministries of Health either in Russia or in many other countries, and therefore it is disabled in our region.

We, of course, do not live in the most favorable epoch from the point of view of ecology, but still the number of people with respiratory disorders is not so great that measuring the level of oxygen in the blood is an integral part of a smartwatch. At the same time, the Watch SE heart rate is measured no worse than the flagship model. The optical heart rate sensor is exactly the same and better than the Series 3.

The fact that the Watch SE does not support WiFi at 5 GHz may be a shame for someone, but we didn’t notice that Series 5 and all previous models worked exclusively at 2.4 GHz.

Now about e-SIP. Someone will be right when they say, but the processor of the flagship S6 model is 20% faster. However, this increase of 20% is practically not noticeable. We still cannot put a large number of some resource-intensive applications on the watch to really feel it. And to pay extra for new technologies that cannot find their full-fledged use, as much as 12,000 rubles. Well, sorry, I think it’s not reasonable. An interesting U1 chip is installed in Watch Series 6, but in Russia and the CIS countries, it will not work, at least in the coming years, so there is no point in overpaying for its presence either.

Another separate topic – two new exclusive colors of Watch Series 6. Those who care about it will pay 12,000 rubles. I am quite satisfied with the “classic” palette, to which we have become accustomed for four years.

A twofold increase in processor speed is still significant. In addition, a larger screen, new wonderful and useful dials; always on altimeter, compass, no matter how skeptical someone is; improved accelerometer with fall detection. All of this is in the Apple Watch SE, but it is not in the Apple Watch 3.

And 32 GB of storage is also available instead of 8 for applications, your favorite music and podcasts. For this it is really worth paying 7000 rubles. From aesthetics, it is worth adding vibration feedback when rotating the digital crown and a side button neatly recessed into the case, which protruded in Series 3 and earlier models. The Watch SE’s microphone and speaker are better, and they can measure noise levels. And the back cover with sensors is made of glass, while the Series 3 is made of plastic. In general, my choice is obvious. I am already putting off and looking forward to the quick sweetness of the long-awaited acquisition. What smartwatch will you buy?