Probably more has already been written about the MacBook Air of the coming year than the MacBook Air of this. And in almost all publications in the new Air, the “butterfly” type keyboard, fanned with bad fame, folk art changes to “normal”, time-tested. Meanwhile, this is exactly what may not happen. Especially if they have reasons not to. The company never recognized the “most advanced keyboard in the world” as a mistake. Most likely, this is just an attempt to save face in the current situation. Someone really was mistaken – but it was not a performer, not a developer, but someone from the leadership. And the process that was supposed to go through all the stages set for him in secret laboratories is going on before everyone’s eyes.

Such innovations are always experienced by living people, only usually they are Apple employees. Usually, we see an impressive end result. Why this time everything is different let historians understand, in ten years. One of the reasons for not changing anything, at least in household laptops – Apple sees in this design something that we don’t see and is not going to give up, determined to bring it to perfection. There are other reasons.

Since the mid-2000s, Apple has not decided to rush into changing the appearance of computers. The public is confident that they are saving on this. Such savings cannot but go sideways to them, but for some reason, it does not harm them at all. Moreover, despite the very serious attempts of competitors to surpass Apple in the field of design (because of which computers are becoming more beautiful and more elegant), Macs that have not changed for years have something inexplicably attractive. They tried to measure and solve the secret of this magic, but, as a rule, outside of Apple, the miracle ceased to work. Even when they copied it one to one. This is my personal opinion, I may be wrong – but not only I think so. Macs definitely have something that no one else in the world has. And not only on Macs.

But there is no riddle. In a world inhabited by smart and very smart people, it would never even enter anyone’s head to spend so much money, effort and time developing and carefully developing new forms of company products (not even design, this is something a little different). Excessively much. Delving into the smallest details, perfecting the details of which only the absolute madman can take care. All this is not done quickly and costs crazy money. When a design, such as the MacBook Air, changes dramatically, work begins on the next – and it takes years. Or the team that created the MacBook Air is assigned a different project. The last time the design of the MacBook Air was seriously changed in October 2018, a little over a year ago. In October 2020, the new design will be two years old. Therefore, the likelihood of new major changes in the design of the MacBook Air in the coming year is low. 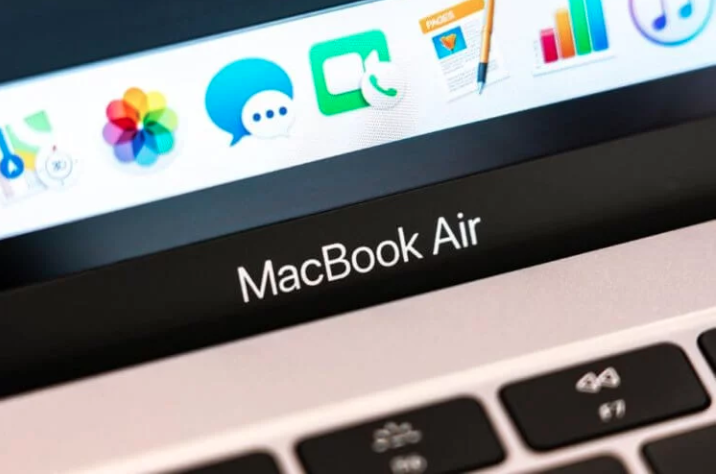 So be it. There are no serious complaints about the design. There are frivolous ones that you can not pay attention to. But they simply must replace the keyboard with a terrible reputation with a normal one! They won’t forgive her. It’s not difficult, is it?

The keyboard of the new MacBook Air

Honestly earned its disgusting reputation as a butterfly keyboard. A 2018 MacBook Air with the third version of this keyboard, as well as a MacBook and MacBook Pro with it or with its earlier versions, at any time, usually at the most inopportune moment, or stopped responding to pressing one or more keys, or instead of one, He printed two or three (double) characters at once, for no apparent reason. Not everyone, but many enough for everyone to know. Many journalists who write in the computer media specifically MacBook Air are lightweight, compact and convenient, and until 2018 they are also very reliable. They did not become silent. Lawyers joined them. Among them were also victims of the “butterfly”. But on the 2019 MacBook Air, with a three and a half-generation butterfly, oddly enough, no one complains. Silence. In 3.5, only, the gasket began to be made of another material, and the switch was modified. Did it really help? At a minimum, keyboard problems began to happen much less frequently.

But to install a normal and time-tested, instead of a penalized butterfly keyboard that scares customers, is still not as simple as it seems. Any of the currently existing keyboards (except virtual ones, of course) would need to allocate more vertical space than a butterfly. On a fraction of millimeters. But in modern laptops, like in combat aircraft, this is a lot. An increase in the body by at least a third of a millimeter will entail a chain of changes that are not always noticeable to the human eye but destroy the harmony achieved with such difficulty. This is not that impossible – it takes time and cost. And a careful study of trifles, most of which we are not even aware of. Exclusively due to the fact that they, in due time, were given enough attention. 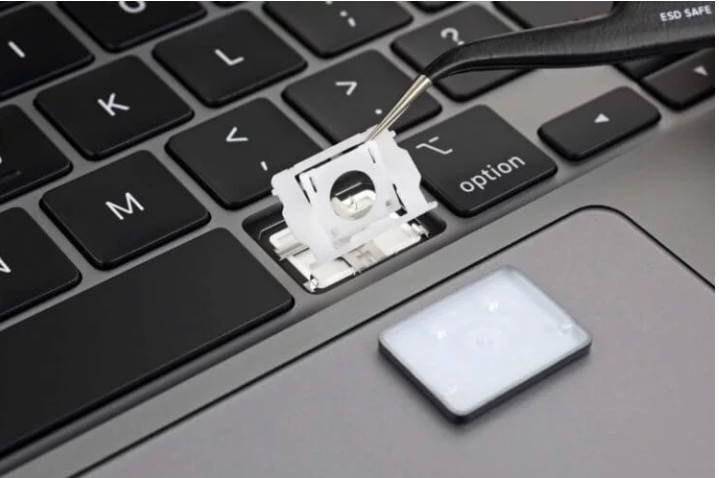 The desire of developers of household computers to reduce the thickness of their products at any cost has not gone away, but Apple is a girl without complexes and refers to this without fanaticism. There are more important things. The company simply may not have enough time and resources to replace the keyboard also in household laptops. Due to other tasks. That which is absolutely intolerable in a laptop for two and a half thousand dollars (in MacBook Pro), in a laptop for half the price, especially if the likelihood of problems is either reduced or not completely eliminated, is permissible.

Therefore, if the MacBook Air is updated in 2020, the likelihood that they will still have a keyboard- butterfly (generations of three and a half or three and a half plus) is very high. It is likely that 14 nm Intel Amber Lake processors (8th generation) will be replaced with 10nm processors of the 10th generation Ice Lake, optimization of access to flash memory (this was sacrificed in the MacBook Air 2019 to lower prices), an expanded set of RAM and capacity options drives – but the keyboard and the number of connectors are likely to remain the same.

Or they may not update the MacBook Air at all in 2020. There may simply not be enough time for this. It seems that they had a very difficult, and strictly time-limited task. With an optimal deadline of yesterday.

In the USA and in a number of other countries lawsuits were brought against Apple . Among the victims of the most advanced keyboard in the world and sympathizing with them are many influential people, including even a presidential candidate from the Democratic Party. Very many suffered real damage, and not only monetary. Maybe Apple refuses to wholeheartedly plead guilty so as not to worsen its position in court? And in the lawsuits appeared (and met with full understanding from like-minded people) another extremely unpleasant motive for Apple.

Problems with numb and double keys would not do such damage if they could be quickly and inexpensively fixed. People demand a “right to an honest repair”, openness and maintainability. These claims, with all their claims, can be satisfied. And Apple, as a law-abiding company, will have to abandon the usual approaches. The company is preparing for this, thinking through the response. Something that can pleasantly surprise us. Constructions, repairs and upgrades of which will be exciting as a hit of the season. Why is everything in these constructions, right down to the most insignificant trifles, to perfection, with inhuman thoroughness. This is even more difficult than coming up with a new design that does not leave anyone indifferent. And not the fact that in 2020 we will be ready to surprise us. And time to upgrade, especially on serious design changes, the MacBook Air may simply not be enough. And if you recall also about the eternal New Year theme about Mac with an ARM processor, which has ceased to be a wish and is already simply necessary, it becomes sad.