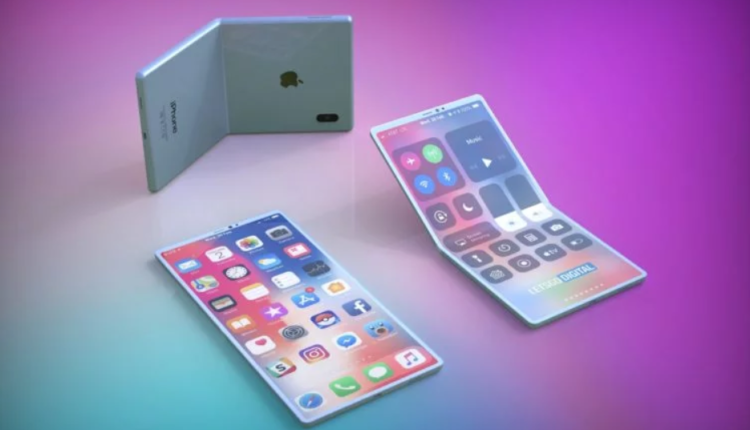 At the International Mobile Technology Exhibition Mobile World Congress 2019 ( MWC 2019) in Barcelona, the public was presented a new round of technology development – folding smartphones. The first such devices presented such companies as Samsung and Huawei. It sounds very interesting, but many are interested in the question – whether Apple will follow their example. Nobody knows this yet. But we know that the American corporation has all the capabilities to create its own foldable smartphones, and even more.

In fact, folding smartphones are not ideal – at the current stage of technology, they all have a number of design flaws. One of these shortcomings is working in conditions of frost. The fact is that the bending zone is exposed to low temperatures – and this means that the display is easy enough to damage during the opening process. A new development from Apple can solve this problem. This is what the company’s engineers offer.

The proposed device will be equipped with a special sensor that will monitor the environment. As required, the display temperature will be automatically adjusted to avoid damage. Warming up of the bend will occur due to the activation of a special mode of pixels or due to a special heating element.

This technology has been described in Apple’s recently registered patent application. However, this is far from everything – in conditions of extreme cold, a folding device cannot be used at all – the disclosure mechanism will be automatically blocked. Yes, it still looks like a compromise – but as you know, technology does not stand still.

Apparently, Apple is really interested in this direction, if you look at the number of registered patents in which we are talking about folding or flexible devices. On the one hand, I really want to see something similar from Apple, but on the other hand, do we need it? This question is still difficult to give a definite answer.