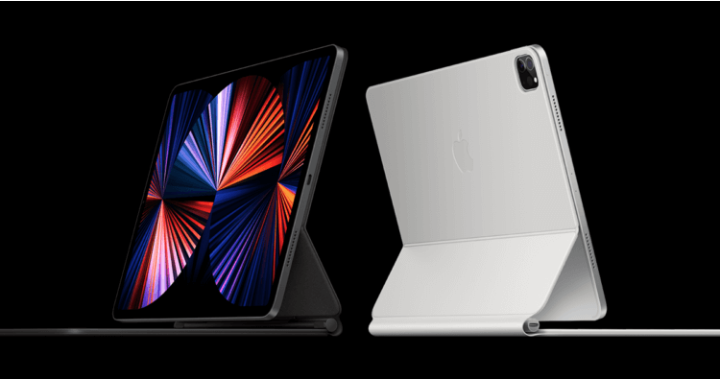 On September 7, Apple introduced a new line of iPhone 14. In addition to smartphones, Apple Watch SE 2, Apple Watch Series 8 and Apple Watch Ultra were shown at the presentation . But Cupertino traditionally holds not one, but two events in the fall. Indeed, in addition to the above devices, the MacBook Pro 14 and 16, the regular iPad and iPad Pro are waiting in the wings. But due to the small number of changes, Apple did not hold a separate presentation, but simply posted new tablets on the site. It seems that what else can be added to the device, which is the most powerful tablet on the market.

Although the previous generation of Apple’s professional tablet has a huge margin of performance, many users are still waiting for new firmware models with an updated processor. Let’s see together what the iPad Pro 2022 will be like and see if it’s worth buying.

The iPad Pro has always stood out from other Apple tablets in terms of performance. Cupertino gave these devices the most powerful and productive mobile processors in the class. Thanks to this, the plugs were positioned for work and creativity. So this year, a new processor is expected from a professional Apple tablet.

Given that the previous generation had an Apple M1 chip , similar to the one used in the MacBook Air and MacBook Pro 13, the new product should already have an Apple M2 processor , presented at WWDC 2022. 9to5mac portal sources confirm this information, but with one important caveat. The chipset in the iPad Pro 2022 will be more powerful than the regular M1, but will not surpass the processors M1 Pro , M1 Max and M1 Ultra.

One of the main disappointments of the new generation for many will be the amount of built-in memory. In the most popular – the basic version of the iPad Pro will remain 128 GB. Since Apple positions the iPad Pro as a device for work and professional activities, in some aspects the manufacturer brings it to the level of MacBooks. It would be logical in such a situation, just like in laptops, to install at least 256 GB in them. But, alas and ah, everything will remain the same as in the previous generation.

One of the interesting innovations that are expected in the iPad Pro 2022 is support for wireless charging. This is a rarity for tablets. Nevertheless, Apple is working on its implementation in firmware. According to Mark Gurman from Bloomberg, this will be implemented as follows: the Apple logo on the back will be slightly enlarged and made of glass. It is in this place that charging will be carried out. Plus, there will be support for MagSafe magnetic charging, so you don’t have to think about how to place it correctly.

To be honest, the idea of ​​adding wireless charging to a tablet looks very dubious. Due to the large battery, the charging time of the device in this way will be very long. You can, of course, make support for fast wireless charging , but there are very big doubts about this. Apple has never aimed to give users a really fast way to recharge. Why the position should change here, too, is completely incomprehensible. Charging the tablet, as before, with a wire will be much faster. Most likely, it will be used for reverse wireless charging of other devices for the most part .

Along with the presentation of new firmware, the next generation of Apple Pencil is also expected . No external changes are expected in it, but a decrease in latency and an increase in sensitivity can be expected due to software optimization and some internal updates. Apparently, Apple decided to change the Smart Connector, which is used to connect an external keyboard. Instead of three contacts, there will be four of them. Whether the old accessories will fit the new tablets with such an update is not yet clear. But in this way to force people to buy new keyboards is quite in the spirit of Apple.

Unfortunately, as in the previous generation, 11-inch tablets will not receive mini-LED screens . They will remain the prerogative of only the largest 12.9-inch devices. This will really upset many users, because not everyone needs large tablets.

According to 9to5mac, there will be no price change for the tablets. For the 11-inch version without cellular network support, the price in the US will be as follows:

For the 12.9-inch model, the price order will be as follows:

Most likely, the price will remain unchanged only in the US market, following the example of how it happened with the iPhone 14 line . Devices will be delivered to our country through parallel imports and will either remain at the current level: from 90 thousand rubles for the iPad Pro 11 128 GB and from 120 thousand rubles for the iPad Pro 12.9 128 GB, or they will become even more expensive. For this money, you can buy quite a good laptop and use any software of interest without any restrictions. I tried to work on a tablet instead of a laptop and was disappointed with its capabilities .

This year, the release of the new iPad Pro did without a presentation, and many users are very disappointed with a small number of innovations. And even the alleged wireless charging did not reach the new iPads. The release date of iPadOS 16 has finally become known , the release of which was delayed due to problems with the new Stage Manager multitasking modeIt’s October 24th. New firmware will obviously work better with it than other devices. As is usually the case with Apple tablets, the usual evolutionary update has turned out. The devices have not become worse, but fundamentally better than the current generation, too. If you are just thinking about buying, then it makes sense to wait for the new product and compare with what is currently on sale. But if you need the device here and now, then you can safely buy the current generation. It will definitely not disappoint you with its capabilities.