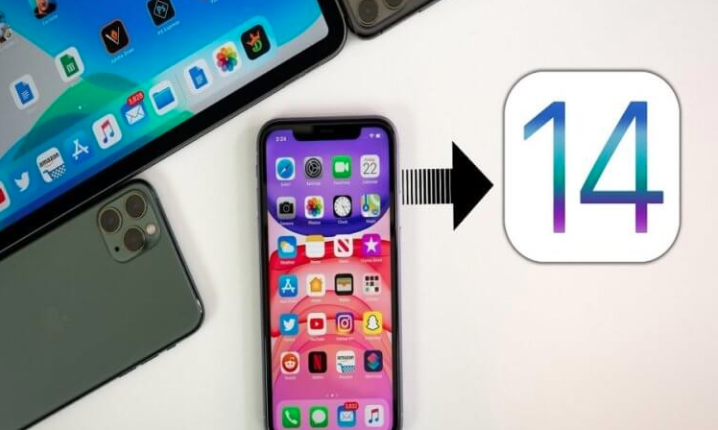 With iOS, this has not happened before. Year after year, the broad masses learned about new versions of the operating system during a press conference on the opening of another WWDC. Craig Federigi, with jokes and jokes, beautifully and artistically, announced five or six of her winning features, talked about the challenges facing those who created it, and in the evening of the same for the first beta, developers became available to those who signed the non-disclosure agreement. In 2020, in the second week of March, the new version of the system was in full possession of two Internet media at once, long before its announcement. A leak? Apparently, yes. Moreover, organized by Apple itself.
After Steve left Silicon Valley and among Apple fans, there were rumors that the “loyalty service” of the company, which under Steve was not inferior in effectiveness to the special services of some states, was limited in authority, reduced, and generally not the same. Leaks about the company’s plans, with suspiciously accurate information, became regular. At one of WWDC, the loyalty service was ridiculed.

Craig Federigi and Eddie Kew, Apple’s senior vice presidents, tried to tell the guard something like a password, in the form of gestures, dance steps and tricks available to a trained person. Athletic and fit Craig coped, and he was allowed into his own office. And Eddie Kew had to, with an upset look, humbly set off home. It seems that Apple has done away with excessive secrecy (and at the same time with secrecy in general).

No. Do not believe the rumors spread by Apple. Loyalty service has become tougher and smarter. As with Steve, she prevents information leaks, and anyone who has worked at Apple in the past five to six years knows about it. It is impossible to make a copy of an undeclared (i.e., top secret) operating system that is invisible to the loyalty service, not to mention transferring it outside of Apple or transferring it somewhere electronically. It remains to understand why the unprepared version was allowed to “leak” in a strictly specified direction.

What the happy owners of the unannounced version of iOS didn’t say: about new technologies, a new “home screen” , about devices mentioned in the corners of the system hidden from ordinary users, including the new remote control for Apple TV. What rumors have been around for a long time is confirmed. Now, instead of “native” apple embedded applications, withered in the absence of competition, such as Mail and Safari for iOS, almost any third-party applications of the same specialization can be assigned to the role of applications by default. It would seem, what does “possible and impossible” have to do with it? It’s even known which devices will support iOS 14 .

It is known that in the new version of the system the “home screen” will radically change. It will be in the form of a list of applications, the user will be able to change the sort order of the objects in this list and even seem to limit the displayed list to applications that meet some criteria specified by the user.

It is not known whether the new interface will replace the existing one or it can also be used, at the user’s choice. The list of applications can be represented in several different ways – it seems that macOS could envy such an interface design. 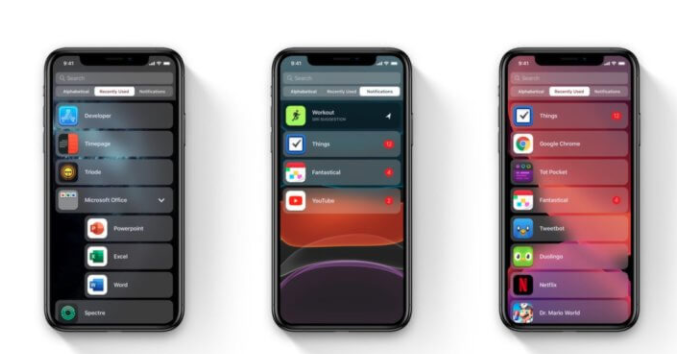 But to illustrate the “new interface”, not screenshots (screenshots) are used, which would be both simpler and more informative – but drawn pictures . They were drawn very professionally, if the sites publishing them did not report that it was a “fake”, I would not have guessed. Rumors about a possible replacement of the interface named after Jonathan Quince and iOS 7 with something less extreme (neomorphism) and it would be great to know in advance if it was so or not. But about this – silence. Only pictures that are obviously different from what will happen in reality. And no scandals, no lawsuits and investigations. Instructions, censorship, or both at once.

Differences between iOS 14 and iOS 13

iOS 11 was impressive. No one expected this number of bugs and problems from the company with a claim to the best quality in the world. The management of the company did not put up with this, immediately adopted a plan to restore order, found an incredible number of cases of dizziness and an attitude toward work that was not apple-like, and iOS 12 became a balm for the suffering souls of loyal fans of Apple and the ecosystem.

But in iOS 13 there were even more problems, imperfections and frankly unsuccessful code than in iOS 11 . It was even proposed to use the tick-tock strategy invented by Intel, according to which the year “tick” is introduced into the system radical ambitious changes, the established approaches change to more advanced ones – “surprise, amaze and delight” becomes the main task of developers.