What products have Apple bought the most over the past two years?

Experts from the company Ceros conducted a large-scale study in order to find out which of the Apple products were the most popular in the last two years. It turned out that the iPhone is not the best-selling product of the company.

Experts have studied the data of the largest chain of consumer electronics stores in the US and Canada – Best Buy. The results are very entertaining: 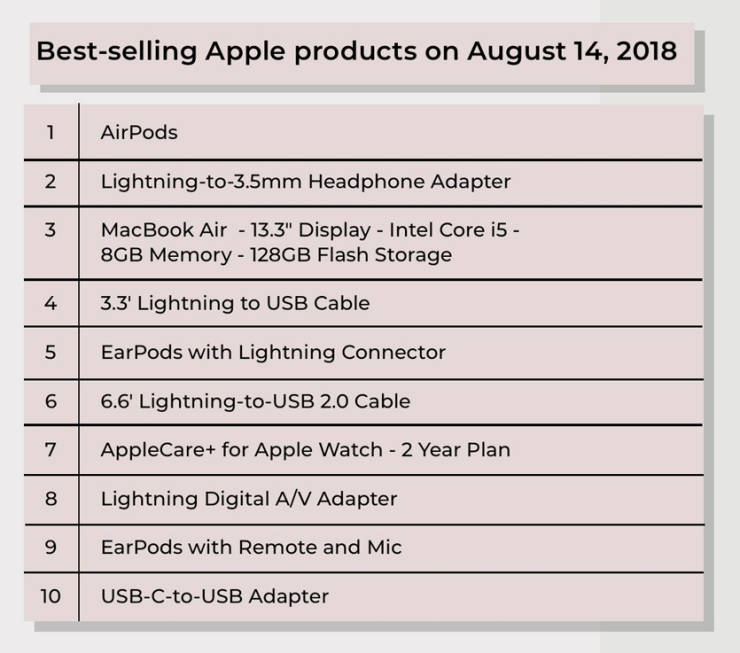 The first line in the ranking of the best-selling this year was occupied by wireless headphones AirPods. If this could be predicted, given their success, then the second place was a surprise for everyone – it turned out that the 3.5 mm adapter is really very popular, even though it’s been included with the iPhone for two years already. Next on the list is a laptop MacBook Air, and then all the usual meter Lightning-cable, which, as you know, has the ability to quickly become unusable.

In this case, the smart watch Apple Watch were not too popular with consumers. Their popularity for two years remained at a relatively low level.

Released a car capable of hacking the iPhone in the distance