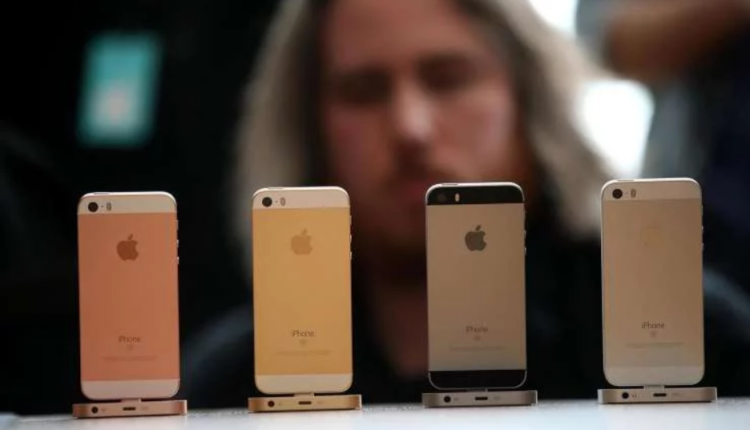 Apple discontinued the iPhone SE in September when the iPhone XS and XR models were released, but in January, the company began selling the remaining stocks through its website for $ 249 (but not in Russia). However, in our country, they are still being bought from resellers. Every time Apple updates its website, the iPhone SE is selling off quickly, which means that there is still a lot of interest in the 4-inch device. What is it – to use the iPhone SE in 2019?

The iPhone SE was Apple’s latest 4-inch smartphone, and compared to the 5.8-inch iPhone X, the 6.1-inch iPhone XR, or the 6.5-inch iPhone XS Max, it’s just tiny. The transition from one of these phones to the iPhone SE brings discomfort, so much so that the smartphone seems like a toy. On the other hand, it is so small and light that it is easy to use with one hand, which is not the case with Apple’s biggest iPhones. In addition, the iPhone SE with an aluminum back panel is more durable than the new “all-glass” Apple smartphones.

Of course, iPhone SE doesn’t have Face ID, so the usual Touch ID button is used, which is great for those who still prefer the fingerprint scanner, rather than face detection. There is also a headphone jack, which has been excluded from all current iPhones (and the latest iPad Pro models), and it has the separate volume up and down buttons along with a power button at the top of the device instead of a side button.

Apple released the iPhone SE in 2016, so it uses three-year-old iron. It has an A9 processor, which was also used in the iPhone 6s and 6s Plus back in 2015, along with 2 GB of RAM (versus 3 GB in the XR and 4 GB in the XS). You might think that SE is much slower than new iPhones, but, surprisingly, it works fast, especially with embedded applications. When using mail, messages, calendar, FaceTime and other similar programs, iPhone SE works as fast as the iPhone of 2018.

However, he can not cope with the programs created for the new iPhone with more modern processors, and it does not have the same capabilities of augmented reality. The camera is “fine” and the same as in the iPhone 6s, but it lacks the improvements made over the past three years. But if you do not care about the quality of the camera, prefer a smaller screen and do not need to use applications and games with intensive processor utilization, iPhone SE is a compact, easy-to-use smartphone that will work cool even in 2019.

In anticipation of the release of the iPhone XS, XS Max, and XR, there were rumors that Apple was working on a second-generation version of iPhone SE. However, some of this information was related to rumors about the iPhone XR, and since the launch of the 2018 devices, we have not heard of another 4-inch iPhone, except for rumors that Apple has canceled all plans for the new iPhone SE.

Apple invites to the presentation on March 25