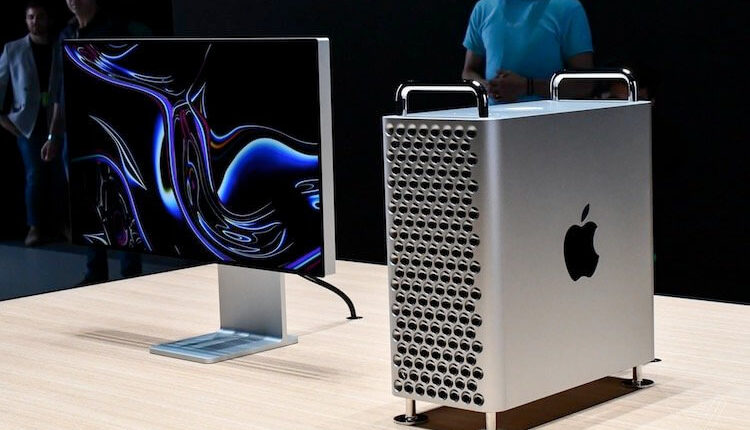 Apple has always paid particular attention to design. Creating their products in the form in which we see them today, Cupertino pursued not only an aesthetic but also a practical goal, which did not always become obvious at first sight. Even the case of the new Mac Pro, which evokes strong associations with a cheese grater for many users, was designed with this purpose in mind for a very specific purpose. Designer Arun Venkatesan figured out a new generation computer device and is now ready to tell us about it.

The appearance of the Mac Pro 2019 has a lot in common with the Power Mac G5 because this form factor was the most effective in terms of heat dissipation, the designer explains.

The new Mac Pro uses roughly the same technique for cooling the insides. The metal plate, which Apple calls the sea wall, the motherboard and form two independent temperature zones. The area of ​​the motherboard is the largest, and therefore equipped with three coolers at once, which draw air through the front panel, cooling the processor, memory and power supply.

But what role does the gravel-shaped casing play? Holes provide more efficient air intake and are used to dissipate heat. Indeed, in fact, the body of the Mac Pro is almost half of the air bald spots, while the rest is formed by metal. Thus, the computer can remain cold longer and still be as quiet as possible. So it turns out that everything new is just a well-forgotten old.

How the Apple Tag works – a tag for finding lost things