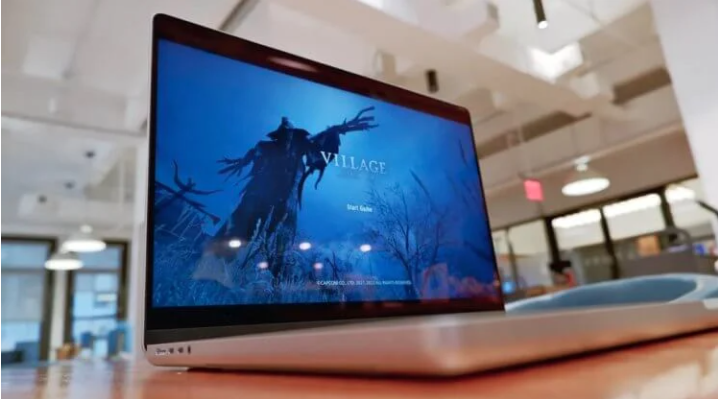 Cool games on Mac are a rarity. Although, if you look at the hardware that Apple installs on their computers, for many it looks rather strange. But there is nothing particularly surprising here. The share of Macs in the total number of computers in the world is not large enough for the developers of AAA games to spend serious money on adapting them to the Apple operating system . That is why macOS major releases have always been bypassed. This year, Apple decided to fight this itself and began to attract game developers for its system.

At WWDC 2022, it was announced that famous games will soon be released for Apple computers with M1 and M2 processors . The first of these was Resident Evil: Village. This is one of the most popular titles for consoles and personal computers. We look at how the game looks like on Macs, and we figure out whether it is really possible to play on Apple computers now.

Right after the game was released, tom’s guide journalist Tony Polanco installed it on his Mac and tested its performance. The game used a MacBook Pro 16 with an M1 Max processor and 64 GB of RAM. As you understand, this is one of the most productive laptops in the world, so the expectations of what the output would be were quite high. For the purity of the experiment, all updates were installed on the computer, including macOS Ventura .

It is thanks to the open API for working with Metal 3 graphics that the game was adapted for Macs on Apple processors . It allows you to create a really cool picture without compromising overall performance. Plus, the MetalFX Upscaling tool has appeared. With it, the image on the screen from a lower original resolution is scaled to a higher one. Due to this, not only the quality of the resulting image increases, but also the overall performance in games. In fact, this is an analog of Nvidia DLSS, only created by Apple.

Before starting the game, graphics priority was set in the settings and the maximum resolution was 2560 by 1440 pixels. At the very beginning, Polanco disabled MetalFX and decided to evaluate the performance without it. When he walked around the main character’s house, during the intro, the frame rate fluctuated around 100. As he entered the snow-covered mountain, the drawdown became more noticeable, but never dropped below 70. These are very impressive numbers.

After turning on MetalFX, the performance was shocking. Replaying the start of the game at the protagonist’s home, Polanco received about 200 frames, which dropped to 150 when the hero began to move. And when crossing the mountain, the frame rate was stable at 80. And even after turning off the charging, the performance did not change at all. Some Windows gaming laptops will automatically drop framerate after doing this, but this was not observed here.

But what struck me the most was the lack of fan noise. During the entire period of the game, the laptop did not even warm up. Considering the fact that most gaming laptops start to buzz like airplanes after a while of playing, hearing the silence here was truly amazing.

After such a test, we can say for sure that the games on the Mac no longer cause pain. If developers really adapt their title with the tools provided by Apple, then the final result will be excellent. But the most important thing is that a major game studio like Capcom has already set the precedent and released one of their most popular games for Mac . If you want to see what Resident Evil: Village looks like on a Mac , you can watch this video:

It would be great if other developers would follow suit as well. Agree, it would be cool to play some Star Wars Jedi: Fallen Order, Call Of Duty or even Uncharted on a Mac in the evening. But here everything depends very much on Apple. If Cupertino really wants AAA games to be released on their computers, then they will need to work hard with the developers and give them the opportunity to adapt games to their own ARM processors without any special difficulties. If Apple leaves this situation without its attention, then, as before, none of them will specifically make games for macOS .

In any case, I’m glad that the games gradually began to appear. And, most importantly, they are absolutely playable and demonstrate very good performance. You can download Resident Evil: Village from the Mac App Store. Please note that this game is not suitable for Apple computers with Intel processors . Therefore, if you own just such a device, then do not waste money – you simply cannot install it. You just have to use either a Windows virtual machine , or play through Boot Camp , or change your computer to one of the new ones with Apple processors.

Useful keyboard shortcuts for macOS that I use every day