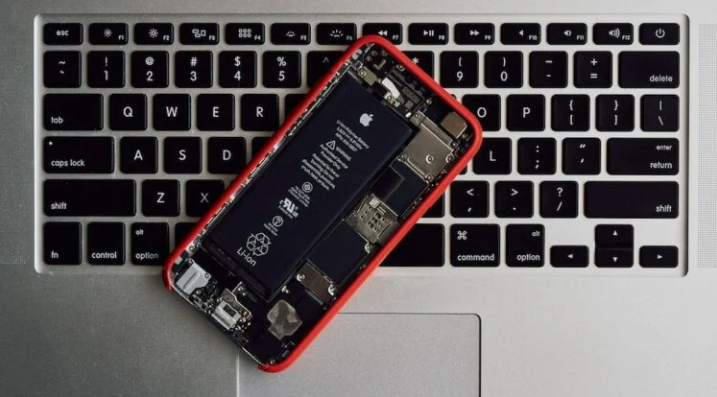 Thank you Apple for iPhone having a non-removable battery

Since the introduction of the first iPhone , the battery in Apple smartphones has always been non-removable. For years, the Cupertino-based company has been criticized for this approach. But time has put everything in its place, and it is impossible to find a smartphone with a removable battery in 2022. All manufacturers realized that such an approach makes production cheaper and the design of the device more monolithic. But this week, news broke that the European Union, following the approval of USB-C as the only permitted connector for all mobile devices, the admission of third-party app stores and payment systems on iOS , is going to force Apple to make a removable battery on the iPhone .

Moreover, Apple already has a self-repair program, which allows users to change individual parts in iPhones themselves. So, maybe Apple will be able to get out of this situation and will not have to make any changes to the design of the iPhone. We understand why a removable battery is needed in smartphones and what disadvantages this solution has.

The most important thing in the entire bill, which is now being considered by the European Union, is the word “easy”. That is, it is not enough for companies to simply make the possibility of replacing the battery. In fact, the same Apple already has it. Legislators require that this process does not present any problem for users. If you haven’t read our article about iPhone self-repair , let me remind you that to replace the battery or screen, you will need a tool kit weighing 35 kilograms! Moreover, no one will provide it to you for free, but you will either have to rent it from Apple or buy it for your hard-earned money.

Somehow, the word “easy” does not smell at all here. Most likely, in the European Union they want to return to the designs of old smartphones, when the back panel was easily removed and under it there was a battery, simply inserted into a special groove. It seems to be great, because users can carry several batteries with them and change them as needed. No wires or powerbanks. All within the body of your smartphone. Well, the most important argument: instead of buying a new device, consumers can simply change the battery and use the old one. And this is done primarily in order to reduce the amount of electronic waste.

It seems to be a good goal. Just like it was with the chargers when Apple removed them from the kit. But this solution also has a large number of disadvantages:

As you can see, the list of cons is long. And if you remember old phones, then all of them had such problems. Especially with regard to squeaks, backlashes and a flying case when falling.

In this situation, it is encouraging that the law, if adopted, will not come into force soon – in 3.5 years. Therefore, companies have time to prepare and smoothly adjust the design. On my own, I can add that a removable battery will negatively affect the perception of a smartphone. In order for it to maintain adequate strength, the cover must be removed with a certain force. But this can lead to accidental breakdowns. As for me, there is no problem contacting a service center to replace the battery , especially since if it is available, this is done very quickly. And the minuses of a collapsible device are more than pluses.

How much does it cost to replace an iPhone battery?

In the meantime, the battery in the iPhone is non-removable, then you can only replace it at a service center. Recently, official services are increasingly faced problems when repairing equipment, since parts are very often ordered for a specific model. Moreover, even the officials cannot guarantee the quality of the repair. Therefore, it is better to contact the time-tested Apple Pro service center.

For example, replacing a battery on an iPhone 12 by December 25 costs only 5,900 rubles. And this is with the restoration of dust and moisture protection. Please note that the work takes a little over an hour, so you can safely go, drink coffee and pick up a ready-made smartphone. And for your convenience, there is an appointment form on the site, and you can arrive exactly at a convenient time for you. That’s what I mean by service!

Which browser is better for Android TV

5 Android features that should definitely come to iOS