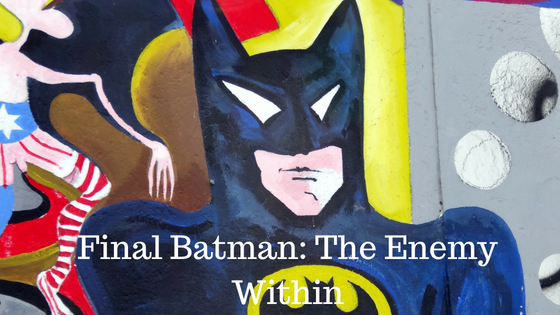 Yes, we have heard about the ambiguous situation inside the studio, about some hard deadlines and a very narrow space for the creativity of developers. True or not, it is not known for certain, but in any case, the authors have done almost impossible. Against the background of the openly stamped first season of Batman: The Telltale Series came to a sequel, which we highly recommend to the passage. The last episode called the Same Stitch only confirms this.

The ending of the season The Enemy Within, unlike the other Telltale series, really relies on the actions that you did in the previous series. In the previous games of the studio, the ending of the series is determined by some choice in the middle of the fifth episode, and you could watch the alternative scenario of events on YouTube. The second season of “Batman” relies on the consequences of the third episode and completely depends on the development of the plot of the fourth. In this case, as we already wrote in the review of What Ails You, the narrative fork is hidden in the dialogues. Zazevalis or decided to play a stern daddy, and the situation will sharply get out of control. 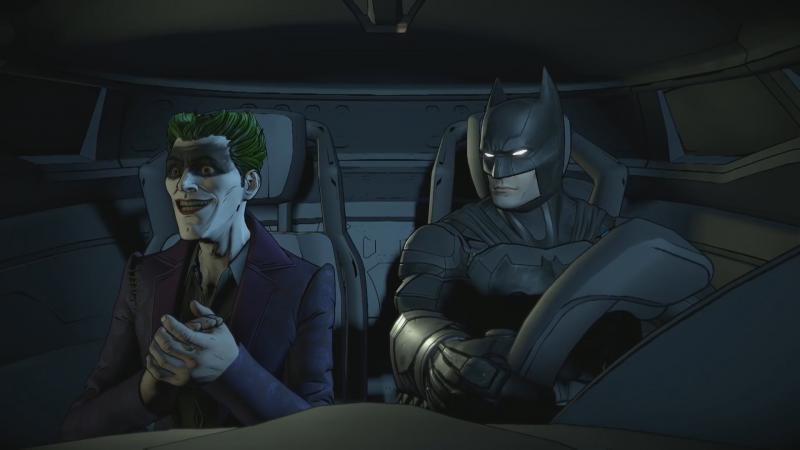 John Doe, who is somehow destined to become a Joker, is extremely unstable mentally. In a sense, he is doomed – he will, in any case, become an enemy, and this can not be changed. But do not rush to scold Telltale: in spite of the fact that they will not allow you to make the next Robin from the Joker, in the long run, they gave their best in the framework of what is allowed. The developers made two completely different Jokers. If you really feel sympathy for John, then he will be faithful to you until the last. Even if for this he will have to struggle to suppress the voices in his head. But for fans of the classic opposition “superhero-super-villain”, the authors prepared a series of action scenes with explosions and strikes. Jokers are so different that Same Stitch, in fact, are two completely different episodes,

The first version of the Joker carries a deep resentment on Wayne himself. John ceases to believe the Bat and completely immerses himself in that darkness of solitude in which a maniac psychopath is hiding. The plot develops very quickly: heroes, villains, betrayals. The Joker-villain is obsessed with revenge, and the number of victims on his way does not matter. What is there, even the romantic feelings go to the background – in order to play with Wayne, the Joker will calmly betray his passion, Harley Quinn. It’s time for homoerotic theories and fanfics if you understand what we are talking about. Sometimes in this version, there are questions: why the Joker became bored, and he began to kill all the right and left? How can revenge for a particular person intersect with boredom to everything else? There is a feeling that the authors spied this moment from other DC stories. 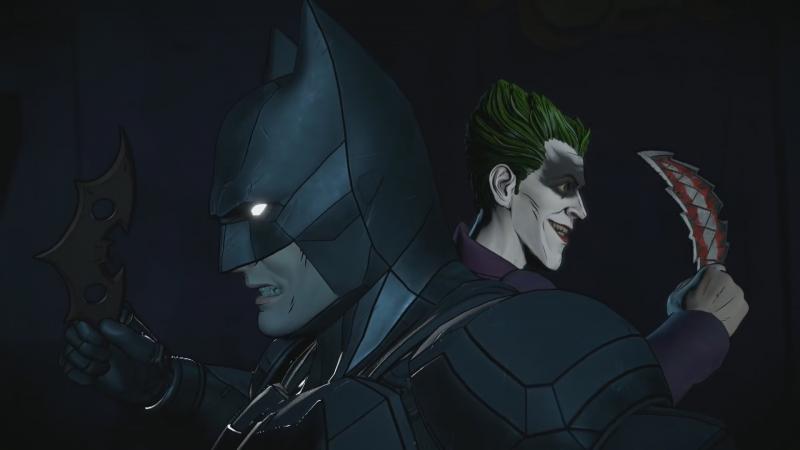 Another version of the development of events is much fresh. Wayne manages to keep John’s inner monster and to persuade him to his side. An interesting cooperation begins: Batman has a partner, who has to carefully look around. Dow tries her best to imitate her teacher, reluctantly agrees with the superhero code and copies the elements of the Bat equipment. For some time the fighter turns into a comedy, where everyone jests with each other, and the clown constantly falls or crashes into something. Of course, this does not last long, but within the framework of the serious DC universe, Batman’s second season looks quite fresh.

However, the Same Stitch does not hurry for a long time to remain an easy and carefree adventure. Unlike the rest of the episodes, in the latter the authors decided to play a little bit in David Cage and with pleasure will maim the heroes. In a literal sense. Not much, of course – before the cut of the finger on the camera it will not come. However, be prepared for not the most simple moments. Here the stomach is cut, then the splinter is extracted from the hand. In the end, Batman will regularly be stuck with some sharp pin – in the hand or under the rib. Cartoon graphics smooth the situation, but not much. 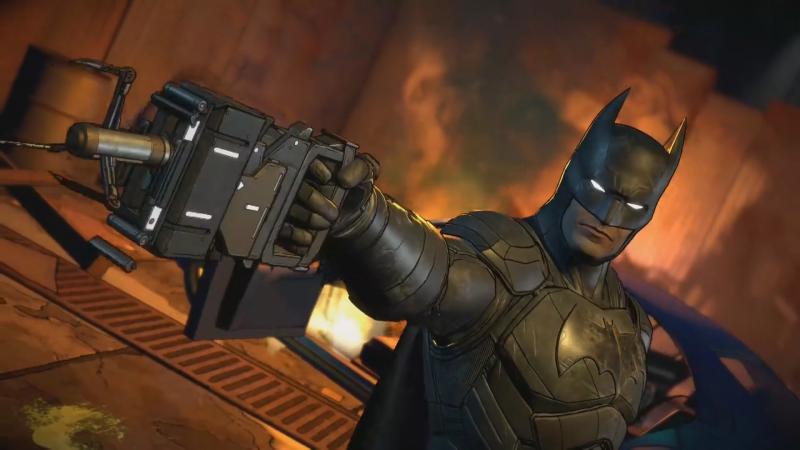 The differences in the plot endings affect not only the relationship between Batman and the Joker but also the other characters. For example, Officer Gordon is not a bird of great flight, and your actions will only affect personal relationships. It’s the same with Harley Quinn: yes, she is the leader of the criminal group and was the main goal in the season, but by the end, she had become an ordinary criminal. Let and very impressive. Another thing is your relationship with the special agents – they greatly influence how exactly the stories of many heroes end. Who will fall into prison, and who will remain at work in the Wayne Enterprises. But about the romantic line of Batman, at least with somebody, the authors forgot. Celina Kyle, Wayne’s main woman of the season, simply disappears towards the end of the series. Even with the most successful scenario, she says something in the spirit of “find me when it all ends, but still somehow do not remember about it. The fate of the remaining characters is very different from the ending to the ending and, judging by everything, will strongly affect the outset of the third season.

Same Stitch, of course, far from the variety of events of some Heavy Rain, which tried to catch you in every scene. Half of QTE here still does not require the participation of the player, and the fork in the narrative is very rare. Nevertheless, within the framework of Telltale games, The Enemy Within is a huge work on bugs and just a great thing in the Batman universe.

Which Image Format Is Best For The Web; JPEG, PNG, GIF, or SVG