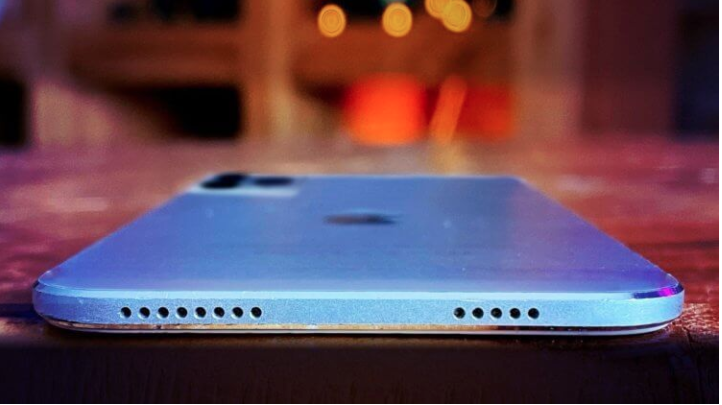 Almost four years ago, Apple removed the 3.5mm headphone jack from the iPhone 7 . This was not the first time – HTC released several phones without headphone jacks in the years before Apple, including the first Android phone without a minijack. But for some reason, only when Apple comes into play does everyone start writing about it, accusing the company of “killing” the sound industry and other sins. Over the past few years, many have expected the same fate to befall Lightning, and it makes sense.

USB-C in iPhone 12 instead of Lightning

The 3.5mm jack wasn’t all that dated when the iPhone got rid of it. What can not be said about Lightning – now on all Macs and iPad Pros (and soon in a regular iPad), a USB-C port is installed for charging and transferring data. But Apple continues to promote “lightning”, it is not entirely clear why.

The abandonment of the minijack also made it possible to improve the water resistance , before, water very often got there, and it was simply impossible to dive into the pool with such a connector. Although now liquid in the iPhone is also not covered by the warranty, you can at least drop the phone into the water without fear that something serious will happen to it.

The same thing happened at one time with the Home button – Apple took and removed the physical element, replacing it with an imitation using the Haptic Engine.

Now that Apple has removed unnecessary elements from iPhones, it can switch from Lightning to USB-C. It sounds logical, because USB-C will make the iPhone more versatile – for example, you can charge your phone with an iPad charger. Or even from a MacBook. Carry fewer cables with you.

Recently, there have been many more supporters of rumors that the new iPhone may not have connectors at all . This will help simplify production and increase water resistance. And also to reduce the complexity of repair and mechanical damage. To prevent people from plugging cables that wear out into ports that are wet or dirty. And, of course, in order to prevent attackers from connecting the cable to try to extract the user’s personal data.

If Apple removes the Lightning port from the iPhone and doesn’t install USB-C, we will obviously have to charge the phone only wirelessly. More precisely, in fact, it is not wireless at all – you still connect the charger to the outlet with a cable, and then put your iPhone on it. Just such a charge is convenient – you can quickly put or remove a phone from it to start using it.

However, the charging speed in this way is not yet as good as with a cable. And if Apple had taken such a step, it would not have started developing new power adapters with fast charging for the iPhone. In addition, it is still not completely clear whether wireless charging affects the battery life: for someone, the maximum capacity during such charging is greatly reduced in a couple of months, in other cases – no more than when connected via cable.

How to transfer data without connectors to iPhone?

But then, starting with iOS 5, Apple switched iPhones and other iOS devices to iCloud , and most of our data began to sync to the cloud. Ultimately, down to passwords, photos and videos, documents, and more.

And streaming began to crowd out download and sync via cable. Why download something from a computer when there is Netflix, other services for watching movies and TV shows, Apple Music ? . And for lovers of high-quality audio, there are services like TIDAL.

On the other hand, wired connections are still much, much faster. But Apple never paid much attention to this on the iPhone. At the same time, without access to a computer, you will not be able to recover from iTunes backup,

Obviously, if in Cupertino they decide to get rid of Lightning, then only in favor of USB-C. Yes, maybe they won’t put a charger in the box, but it’s too early to refuse the wires. At least for now.