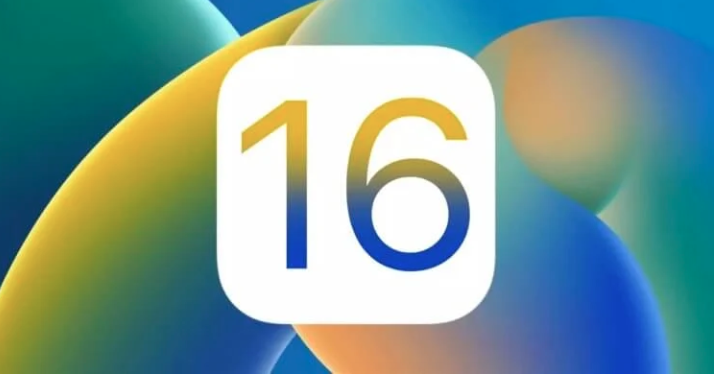 How to update iPhone to iOS 16. Everything you need to know about the update

On Monday, September 12, Apple will release the final version of iOS 16 to everyone. The release will take place earlier than in the past. Usually the company launched the update towards the end of September. However, this year the presentation of the new iPhones took place at the very beginning of the month, so it didn’t make much sense to artificially postpone the launch of the update. After all, you can’t release new devices on the old version of the OS, right? Yes, and the owners of older devices, too, will surely rejoice at the early release. Another thing is that it was not without nuances anyway.

Although iOS 16 is only available as an RC build on the day this material is released , it makes sense to discuss some details of the update and prepare for it in advance. Moreover, owners of compatible iPhone models who plan to upgrade will have an unpleasant surprise.

Which iPhones will get iOS 16

To begin with, I propose to figure out which iPhone models will receive iOS 16 . This year there are more than usual. But this is mainly due to the fact that the range of Apple smartphones has grown to unprecedented limits. Even taking into account the fact that the company refused to update some non-old iPhone models, those that are still due for the update are also in order:

As you can see, the iPhone 6s, 6s Plus, iPhone SE, as well as the iPhone 7 and 7 Plus were not included in the list, although Apple could well update the “sevens”. Their exclusion from the number of applicants for iOS 16 looks especially strange against the background of the fact that even the iPad 5 of the 2017 model year, which runs on the A9 processor (like the iPhone 6s), will still receive iPadOS 16, not to mention newer models. But Apple decided the way it decided.

How to back up iPhone

Preparing to upgrade to iOS 16 is basically nothing unusual or prohibitively complicated. By default, all you need to do is save a backup copy of all the data stored in the iPhone memory to the cloud. iOS settings are such that this procedure is usually performed automatically.

However, due to the fact that many users are now unable to pay for their iCloud subscription, backups may stall. Therefore, we recommend that you first check the activity of your cloud plan, and then, just in case, perform a manual backup. There is nothing difficult in this.

Unable to create iCloud backup. What to do

However, if the payment for iCloud did not work for you (while writing this post, I discovered such a problem with myself), you can either top up your Apple ID account from an MTS or Beeline phone, which we talked about in this article, or turn off backup photos that take up the most space. Especially if you have Google Photos or Yandex Disk, which save your photos automatically.

After that, your storage capacity will be restored, and you can use it again to save backups. Despite this, you will have 30 more days to keep all your photos and videos that were previously stored in iCloud. If this is not done, all data will be permanently deleted after one month.

Will apps be deleted on iOS 16

However, this is not the only nuance that should be taken into account. This week it became known that some banking apps that Apple removed from the App Store will stop working on iPhone with iOS 16 . So far, only one is known for certain. This is Alfa Business Online from Alfa-Bank. The bank itself sent messages to its customers warning them about the shutdown of the application, advising users not to install the update.

While we can’t say for sure that installing iOS 16 will disable any apps other than Alfa Business Online, here’s the full list of sanctioned banks whose mobile clients may be restricted:

However, there are three banks that managed to preemptively circumvent possible restrictions. These are Sberbank, Alfa-Bank and VTB. They prudently released alternative versions of their banking clients to the App Store. For Sber it was SBOL, for Alfa-Bank it was Money came, and for VTB it was Prime Balance.

Presumably, these applications should continue to work even if the classic Sberbank Online , VTB Online and Alfa-Bank Online are deleted due to updating your iPhone to iOS 16. If you did not have time to download them from the App Store, find out from your friends – perhaps someone bothered to download these applications, and you can install them yourself through the iMazing utility, as described here .

How to install iOS 16

Well, since now you know about all the nuances, you can go directly to installing iOS 16 . By tradition, the update takes place over the air. That is, devices receive updates automatically. But, firstly, not all updates come immediately after the release. And, secondly, it is simply easier for someone to install them using a computer. For example, if the iPhone does not have free memory to download iOS 16 . Therefore, we will analyze two ways to install a new version of the OS.

The first one is the simplest. It consists in installing the update through the settings:

The second method involves the use of a computer and third-party utilities. You can update via Finder or iTunes, but for a change, I’ll show you how it works with iMazing:

What are offline messengers and how they work