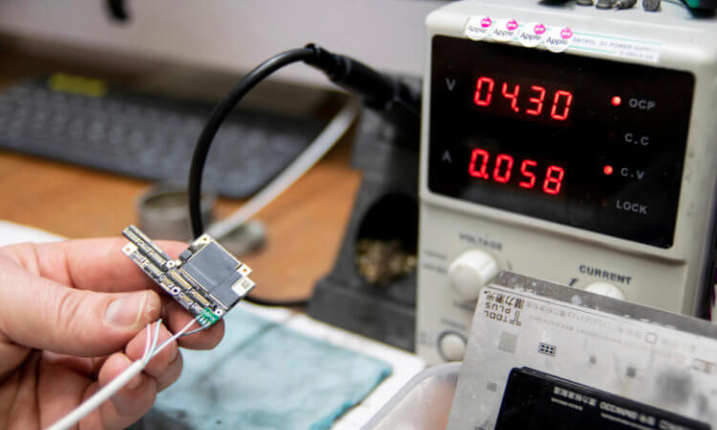 The consequences of the fall of the iPhone can be very different: sometimes the display breaks, and sometimes the screen remains intact, but the geometry of the case is violated, which leads to the breakdown of various components. There are also such cases when the damage to the iPhone is so serious that it seems that it can no longer be saved: and far from everyone still uses backup copies. Few people undertake such an extreme repair, so bringing an iPhone back to life is not easy. But even if the phone is shattered, there is a chance that it will work. 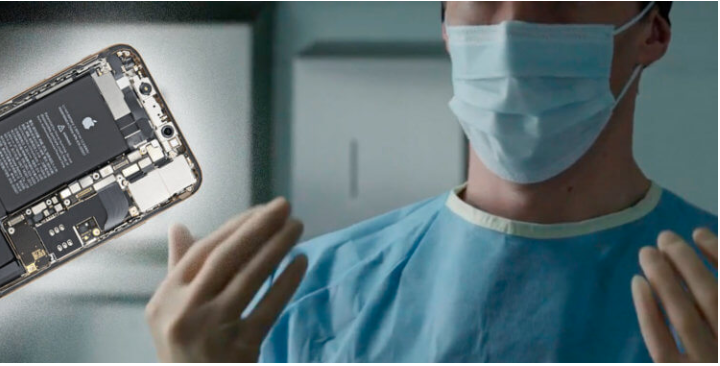 1  iPhone does not turn on
2. Repair iPhone X
3. Check the start, boot and power consumption of the iPhone
4  Where do iPhone repairs of any complexity
iPhone does not turn on
You don’t need to go far for an example – look, for example, at this iPhone X. It may seem that it is not badly damaged. In fact, he already managed to visit one service center, where he replaced the cracked back panel but decided not to carry out further repairs. They only said that the problem was in the NAND memory, and the owner of the phone was just interested in the data. Therefore, the iPhone was brought to the correct Apple Pro service center, where they can cope with iPhone repairs of any complexity.

After opening the iPhone, experts found numerous damage – from the wireless charging module to the bent motherboard. So behind a beautiful back cover, they left a whole battlefield.

Motherboard iPhone X and newer consists of two parts. On the upper part are the main elements – the processor, memory, power controller, and so on, and on the bottom – the radio part, where the modem is located and all the components responsible for ensuring that the iPhone is connected to the network and to all wireless devices, including NFC. In this case, the lower part of the board was essentially torn off from the top, the iPhone did not turn on and was in constant DFU mode.

You cannot restore such a large number of cliffs, and it was decided to repair the motherboard using the iPhone donor.

To repair the motherboard of the iPhone X, an engineer takes the bottom of the motherboard from another smartphone (donor) and removes Wi-Fi, a modem, an NFC chip and a very small EPROM chip from it, which are attached to the device at the iron level. Simply put, if you just take and connect part of the board from another iPhone, our phone will not accept it, since it contains data about other microcircuits that are “wired”. 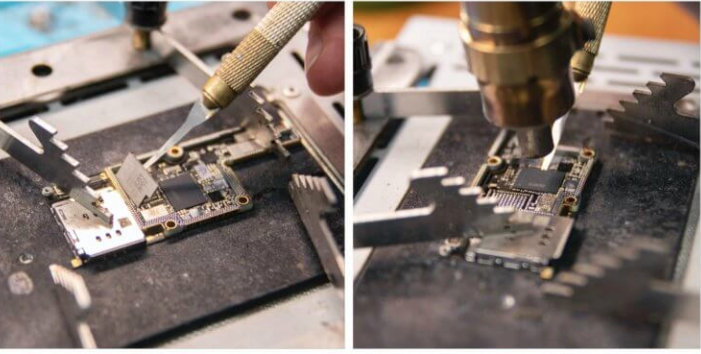 Since the task was to verify the integrity of the data and the possibility of their recovery, we check the upper part of the motherboard. In emulation mode, experts turn on the top and try to turn on the iPhone. 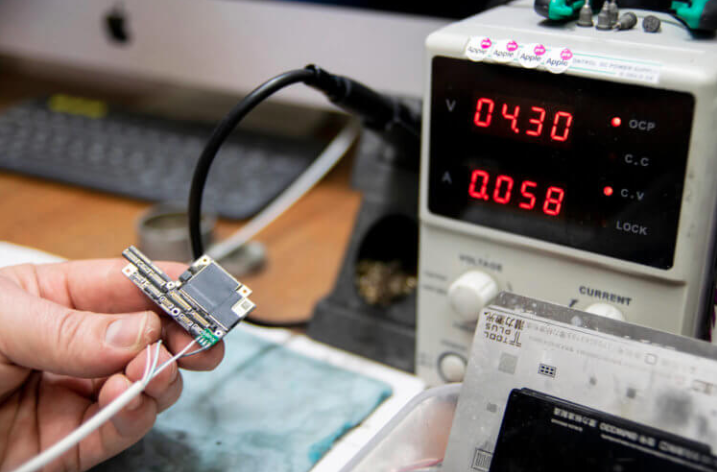 Connection to the LBP, readings indicate that the device is in the DFU 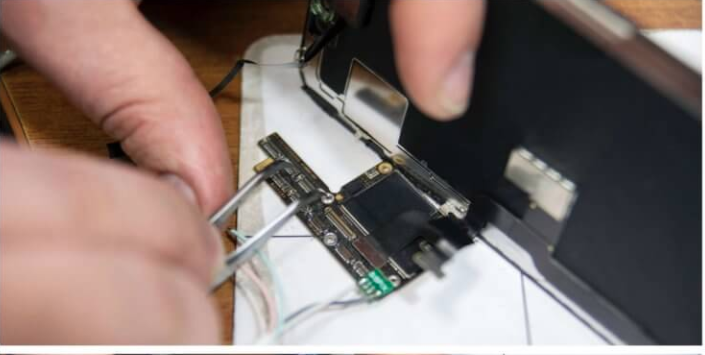 The check showed that all the data was saved, but in order to access them, you need to install a touchscreen and original chips. Otherwise, the iPhone may not unlock or may not turn on at all.

Since the “sandwich” of the board is soldered by fusible low-temperature solder, it is soldered on heating without the use of a hot air gun. Thus, local overheating can be avoided due to the uniform heating of the board.

How to buy a used iPhone and not get paid