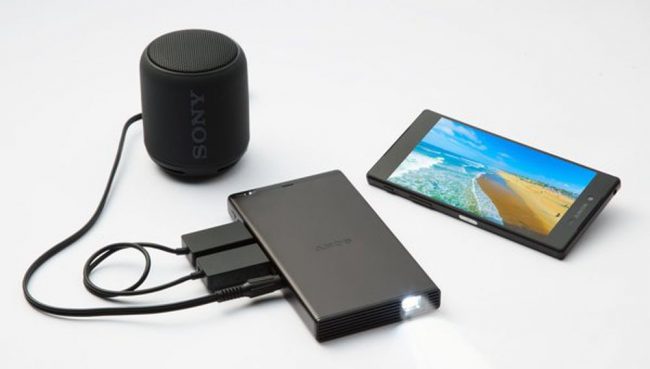 In addition to the updated model of the charming robotic dog Aibo, during the CES 2018 exhibition the Japanese company Sony introduced a lot of interesting electronic devices and gadgets. Among other things, the line of projectors was especially prominent. Along with the incredibly expensive 4K projector for $ 30,000, which can project the image onto the wall, standing straight against it, Japanese engineers also presented a surprisingly tiny model of the projector. With a size slightly larger than a modern smartphone, it is capable of projecting onto a wall an image with a diagonal of up to 3 meters.

Projector Sony MP-CD1 weighs only 280 grams and has dimensions of 8 x 14 x 1.6 cm, which really makes it slightly larger than a smartphone. The aluminum casing of the projector is firmly attached to a comfortable stand, which can be adjusted so that the image, for example, is displayed on the ceiling above your bed. Representatives of Sony admitted that the main problem in creating the projector was the need to remove a lot of heat. At the same time, they also feared that the built-in cooler would create unnecessary noise, which hindered viewing. As a result, Japanese engineers still managed to cope with both problems. 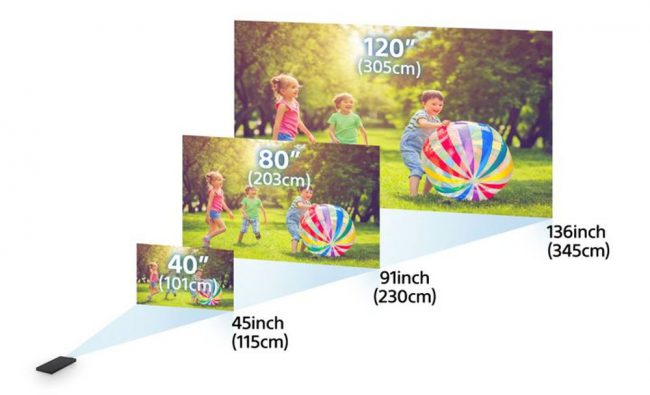 The projector needs a distance of only 3.5 meters in order to bring to the flat surface a screen diagonal of 3 meters (120 inches). The truth is that the resolution of the picture is only 854 by 480 pixels. But the projector is able in real time to improve the saturation and brightness of the image. If the surface on which the picture is projected is inclined, the special algorithm automatically adjusts the aspect ratio so that it looks right. With a brightness of 105 ANSI-lumens, the projector is able to run two hours from one charge of the built-in battery. As a bonus, the projector can be used as a power bank to recharge your mobile devices.

Also Read: Save Battery Life of Your Phone

You can connect an external video source or images via the HDMI port. You can even connect a game console like PlayStation 4 to the projector and play on the giant screen in your favorite games. An external sound source can be connected using a standard 3.5 mm port. The projector starts working after the lamp has been warmed up, which takes only 5 seconds. The device will be available for sale in spring at a price of $ 400.

Google will improve Android P with the help of “Magnifier”. How the function works