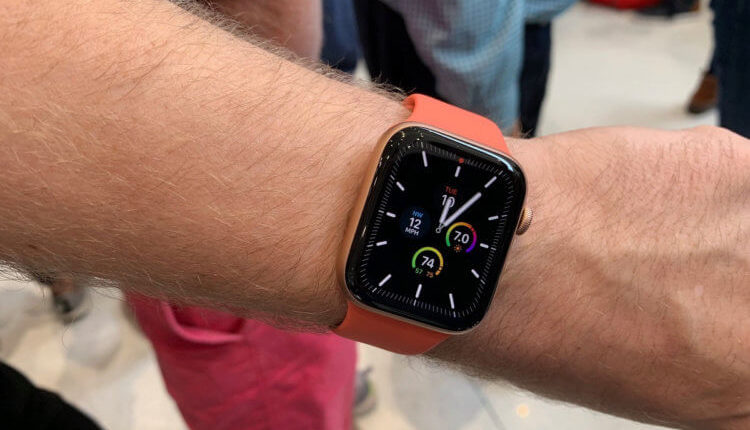 During the presentation in September, Apple introduced a number of new products, including the fifth-generation Apple Watch. Previously, the watch automatically turned off the screen if its owner dropped his hand, because the working display consumed a lot of energy, significantly affecting the battery life of the Apple Watch. Now, it seemed that this was not necessary, because one of the main features of the new watch, according to the developers, was the Always-on Display mode, due to which notifications, time and other useful data are constantly displayed on the watch screen. At the same time, the new activated mode should not significantly affect the battery charge and battery life of the watch. As it turned out, not so simple. 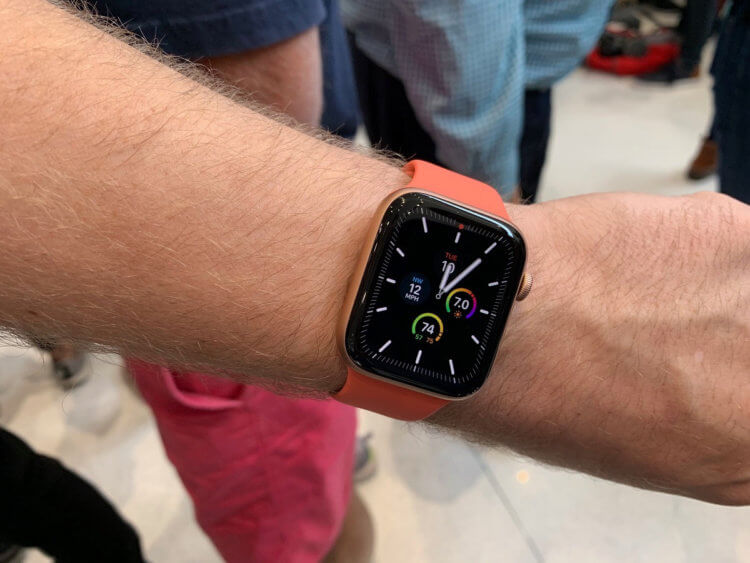 As previously reported, this was achieved thanks to LTPO OLED technology, which allows the display frequency to fluctuate from 1 to 60 Hz, which allowed to significantly reduce the power consumption of the new Apple Watch. The recent disassembly and comparison of the fourth and fifth-generation watches, made by the iFixit website experts, showed that the novelty did not receive a significant increase in the battery capacity, therefore, the authors of the material recognized that the device’s duration was provided by the new technology, and not due to the large battery.

Watches can be purchased for a long time, but not all, as it turned out, are delighted with the new opportunity. The famous technology Marquez Brownlee passed with a novelty in his hands for two weeks and made for himself not the most pleasant conclusions regarding the revolutionary function.

He noted that with the Always-on Display mode activated on the watch, their battery discharges as much as 30 percent faster than what happens when the screen is activated by a gesture. A third of the battery charge is not the same thing as advertised.

Other Apple Watch 5 users also began to report that the watch does not hold a charge well, but, apparently, the problem is not yet widespread. Proficient owners of “gluttonous” Reddit instances believe that fast discharge may be related to software, namely, an algorithm responsible for the frequency of updating the clock display. Perhaps when activating Always on Display mode, it crashes, which entails serious battery consumption.

The problem of battery leakage existed in previous models of watches from Apple, but in most cases, they could be solved independently. In some cases, the good old reboot of the device helped, after which the battery consumption decreased significantly.

In some cases, the developers themselves proposed a way out of the situation. Apple is constantly improving the software of its devices, not only adding new features to the software, but also optimizing its work. Such improvements could also positively affect the battery life of the watch. It happened that the owner often had to raise his hand with the watch – this also did not have the best effect on their autonomy, so disabling the screen activation when raising the hand also sometimes worked.

Whether the owners have tried at least a few of the methods below is unknown. Apparently not. Or the tips described above did not have any effect.