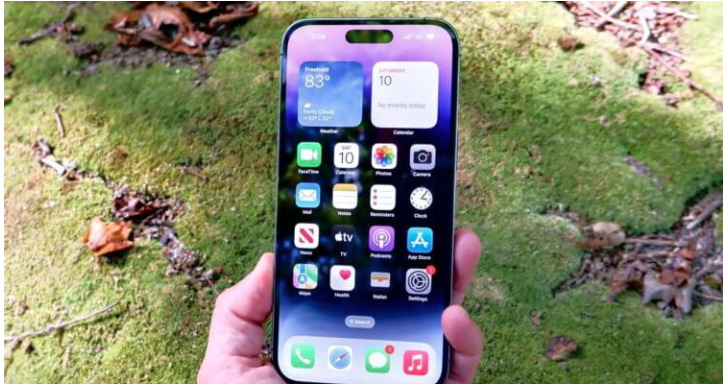 Apple realized that the iPhone does not belong to it. What now?

Last fall, as Apple stocked up on new iPhones just in time for the Christmas and New Year sales, a new wave of COVID-19 swept through China and prevented the Cupertino-based company from producing as many as it had planned. As a result, many buyers were unable to receive a new product before the holidays, and someone even refused to buy. The transfer of production to other countries began long before this for political reasons, but covid was the last straw.

This will reduce dependence on China, with which the United States currently has tense relations, and in the event of problems in any one state, it will help minimize losses. We understand what actions Apple is taking for this, whether they will bring results and how this will affect users of Apple products.

Where are iPhones made?

Although most of the restrictions in China have already been lifted and movement towards opening the borders has begun, the decision made by Apple is final and irrevocable. Not the last role in this is played not so much by the coronavirus as by the tense political relations between the two countries. There is a certain possibility that further restrictions and tariffs imposed by the governments of the two countries may end up pushing up the cost of production too much to keep the final price competitive for buyers.

As an alternative to China, Cupertino is now considering two countries to which the transfer of the main production has already begun – these are Vietnam and India. Moreover, iPhones have been produced in India since September, but far from being sufficient to cover the deficit that formed after the almost complete cessation of smartphone production at one of the Foxconn factories in the fall.

Moreover, the production of iPhones in India is not organized from a good life. Companies wishing to sell their products domestically are required by local law to produce at least 30% of their products locally. So Apple had to open production to enter one of the world’s largest markets. At the same time, the tension between the US and China forced Apple to shift its focus in manufacturing to India.

According to Bloomberg , from April to December 2022, Apple took more than $2.5 billion worth of iPhones out of India. It seems like an impressive amount. But in fact, this is only 3 million devices. Just for comparison: China produces 230 million. Impressive? Looking at these numbers, it looks like it will be very difficult for Apple to cut its dependence on China. But in Cupertino they are systematically working on this, and I would not be surprised if soon production will be divided equally between three states: China, India and Vietnam.

But it’s one thing to assemble an iPhone or some other device, and quite another to produce components for it. As you know, Apple independently develops processors for almost all of its technology, with rare exceptions. In order to avoid any failures in their production, negotiations are already underway with TSMC to quickly organize the production of Apple chips in Dresden, Germany, in case of any problems. But the company will not be able to maintain the volumes that are now produced in Taiwan. 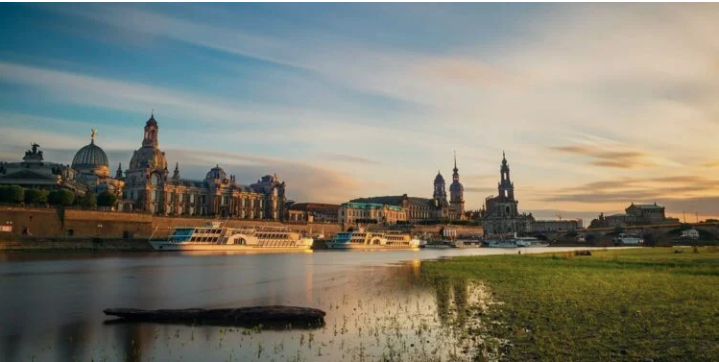 At the same time, Apple will not be able to transfer production to a plant in Arizona, which already exists and is ready to release processors . Only by 2024 will it produce 4nm chips, which means two to three years behind Taiwan. In the face of fierce competition, this is a very serious time, and investing in production, which the company obviously does not plan to use, is a strange decision. This factory was visited with pomp by former US President Donald Trump, and initially produced only Mac Pro computers .

But the cost of production on it turned out to be very high for Apple, and nothing significant has been done on it lately. But even if TSMC opens a plant in Dresden, it is unlikely that the production of chipsets there will be much cheaper than in the US. Therefore, it is unprofitable for Apple to enter developed countries with such initiatives. But given the tension between China and Taiwan, leaving the production of processors only in the territory of the latter is very short-sighted. After the fall crisis with the iPhone 14 Pro and iPhone 14 Pro Max in China, Apple understands this, but at the moment there are no real alternatives.

However, Apple is not going to be limited to processors and assembly transfers. Cupertino will try to reduce its dependence on other component suppliers, in particular, Samsung. According to Bloomberg, Apple plans to install screens of its own production in some of its devices as early as 2024.

At the moment, Cupertino buys displays for all its equipment from five different companies: Samsung, LG, Japan Display, BOE Technology and Sharp. To reduce dependence on all of them and try to reduce the cost of one of the most key components in most modern devices, Apple decided to take this step. Toward the end of 2024, we will see the first Apple Watch with a micro-LED screen made by Apple. Most likely, this will be just the next-generation Apple Watch Ultra , which in 2023 may not receive a new version. 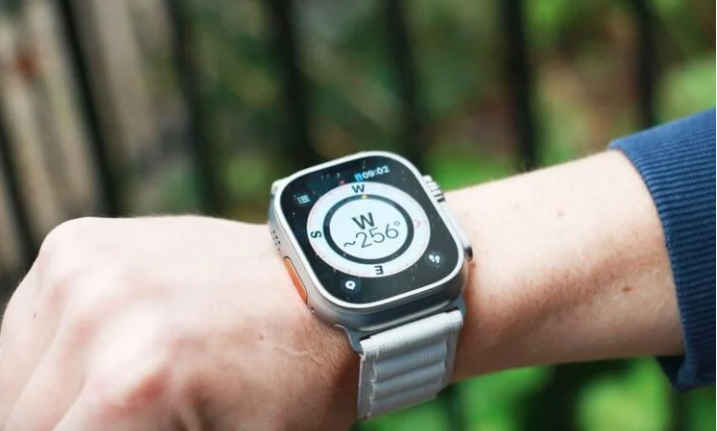 Moreover, Apple has developed a complete production process for its own screens, along with all the settings that will be used in end devices. The company does not need the help of third-party specialists in the calibration and adjustment of individual parameters. This is how the desire to reduce costs makes the company not stand still, but grow and develop.

But Apple didn’t stop at displays. As it became known to Bloomberg , the company decided to switch to modems of its own production. Somewhere far away, Intel laughed softly . A few years ago, iPhones used modems from their production, but they proved to be not the best. In all respects, they lost to Qualcomm modems, and any problem with the signal quality in them was solved by increasing the power, which led to increased battery discharge. Intel engineers did not at all try to figure out the reasons and at least somehow try to resolve the situation in a different way. 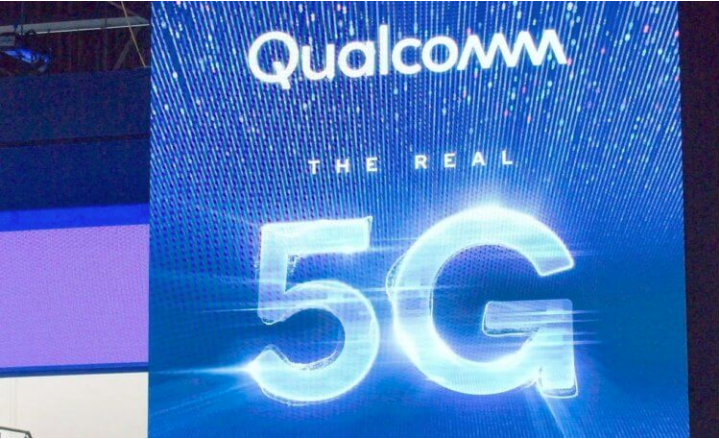 As a result, after acquiring Intel’s modem division in 2019 and gaining experience from working with Qualcomm, with which the contract expires in 2023, Apple decided to create its own 5G modem. And in order to achieve even greater independence from third-party companies – a Wi-Fi and Bluetooth chip, which will allow you to refuse Broadcom services, which produce a separate chip for these wireless modules.

Looking from the outside at the company’s plans, it seems that they are too Napoleonic. But to me, this is what a healthy production cycle should look like. It is clear that there is no escape from cooperation in the modern world, but it is better to produce some of the components on your own to ensure the minimum amount of production. This will reduce costs in the first place and will allow you to achieve a better price when negotiating the production of the remaining part of the components. But most importantly, it will make the company independent of the cataclysms taking place in different parts of the world.

As you can see, Apple is working very hard to become an increasingly independent company from suppliers and component manufacturers. And the transfer of production in general opens up completely different opportunities for Cupertino. It is clear that the company itself will be able to save some money, and somewhere to earn extra money. But what does all this give ordinary users? First of all, I propose to discuss the transfer of production to other countries. 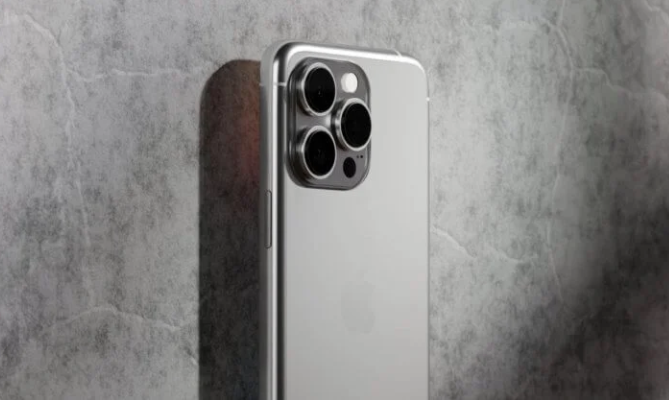 Complaints about marriage in the latest iPhones, iPads and MacBooks are more common than ever before. The transfer of production with proper control should not affect the quality of the products. But if Apple stops doing this, then nothing good will come of it in the end. Therefore, at first, if Cupertino wants to maintain quality at least at the current level, control will have to be strengthened and savings on this will not work.

Over time, this issue will be resolved, but the necessary experience will have to be gained first. But with screens, modems and Wi-Fi and Bluetooth chips, everything is not so simple. Apple has already had a bad experience ditching Qualcomm modems . And hitting the same funnel again is a strange decision. But they also cannot fail to try in Cupertino. Still, it is better to fully control all the components in your own device. In my opinion, the first iPhones with their own modems and wireless chips will not perform well. And you and I, buyers of products, will act as beta testers. But in a couple of generations, Apple will be able to make its own solution, which will be no worse than its competitors.

Concerning screens too a disputable situation. Still, the same Samsung is one of the best display manufacturers on the market, and it is impossible to completely refuse to cooperate with such a company. But no one talks about a complete rejection. Therefore, Apple will always have access to modern screens, and you definitely don’t have to worry about it. As a result, the most critical point for consumers when trying to achieve independence from the external environment is the quality of the products. Moreover, both the assembly and individual components, in particular the modem. For everything to go perfectly, Apple needs a couple of generations of devices that will test it. According to the latest data, the release of the iPhone SE 4, which was supposed to be the first smartphone with its own modem, is cancelled. Therefore, all the bumps, if any, will fall on iPhone buyers from the usual line.

I advise everyone to be ready for this. As 2022 showed, it is best to rely only on your own strengths and capabilities, which Apple is now trying to do. But what should be understood exactly is that even having developed a complete production cycle, Apple will not be able to produce parts on its own. And she will have to outsource it anyway. The company will simply have more control over the situation. I hope there will be no hasty decisions, and each step will be properly calculated and tested. Still, user loyalty, even such as Apple has, can be lost very easily. Buyers of some of the most expensive devices are willing to endure, but not indefinitely.

5 Android features that are still missing from the iPhone