The Apple Music recommendation system, which clearly leaves much to be desired, is one of the reasons why users refuse Apple streaming service and go to competitors. One gets the impression that the algorithms used by the service for hinting new compositions poorly represent what the user might like. But it seems that now this problem is in the past because Apple has introduced a major update of the recommendation system in the “For You” section.

Despite the fact that the update is quite significant, all changes are applied on the company’s servers, and users do not need to download and install anything to try out all the innovations of Apple Music. Apparently, the update is currently available only to members of the beta program who installed the early builds of iOS 12.3 and macOS 10.14.5. However, it is possible that the update is distributed gradually and may become available to users of stable OS versions. 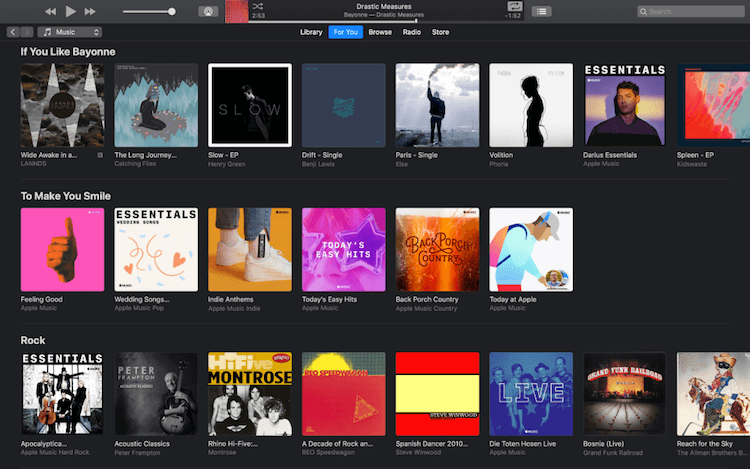 From now on, all personal recommendations based on user preferences that the algorithms have gathered during the listening process will form new collections called To Make You Smile and Starting Early. In the event that something from the proposed was not to your taste or, on the contrary, it was necessary, you can always mark your attitude to the recommended tracks, giving them a positive or negative assessment. In this case, the algorithms will understand what exactly you do not like and will no longer offer such compositions in the future.

Also Check: How to speed up the Internet on iOS with one touch?

The modernization of the “For You” section is intended to make the Apple Music recommendation system more personalized, in order to attract subscribers to its use. This update has been asking for a long time since more and more users are annoyed when interacting with the system of proposals for new compositions. Often, it acts absolutely contrary to the preferences of the listener and offers absolutely not what he would like, even if he speaks about it directly.