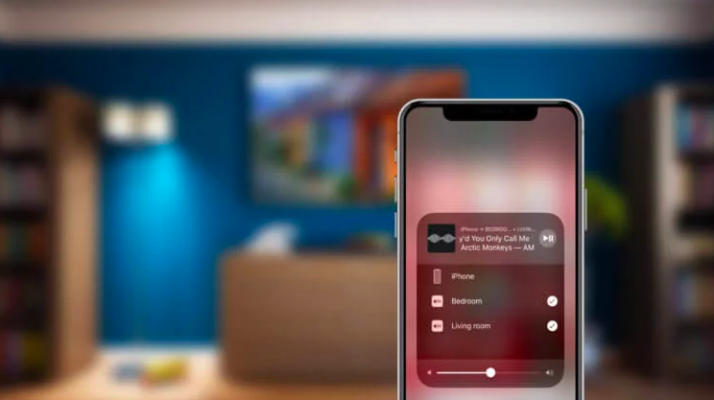 I think that many people have already loved the AirPlay function for the entire time of its existence. I don’t know about you, but I really love it when Apple doesn’t forget about the already high-quality functions and continues to work on their perfection. However, the number of supported devices with AirPlay 2 is very limited. In particular, by the time HomePod appeared on sale, even it did not have the promised support for AirPlay 2 technology, and also could not work in tandem with others. But, apparently, soon everything will change.

According to the three developers who told about their find on GitHub, they managed to hack AirPlay 2. They claim that the Raspberry Pi mini-computer along with specially developed software is enough to connect third-party speakers via AirPlay 2. They have already managed to crank up such a trick and even activate the multiroom.

AirPlay 2 technology was introduced as part of iOS 11 at WWDC in June 2017. It includes features such as multi-room audio playback from iOS devices and enhanced buffering. AirPlay 2 also includes some of the functionality of HomeKit, it makes it possible to add devices to a playgroup using the on-screen iOS elements, control volume and so on.

With iOS 11.3 and later on the iPhone or iPad, as well as tvOS 11.3 and later on the fourth or fifth-generation Apple TV, you can use AirPlay 2 to play music on multiple devices at the same time. For example, with two Apple TVs in different rooms of a house or apartment, it is possible to play the same song from iPhone on both, using the AirPlay 2 multiroom function.

Now smart TVs from leading manufacturers have built-in support for AirPlay 2, and you can watch and listen to almost any content from iOS or Mac devices. You can, for example, turn on music on your TV and synchronize sound with speakers that support AirPlay 2 anywhere in the house. Basically we are talking about manufacturers of premium acoustics – Bose, B&O, DENON, and others. Hacking the protocol will help to remove this restriction.

iOS never supported multi-rooms using AirPlay, because this protocol requires the device to send duplicate packets to all receivers, which may have been too much a load for mobile devices – the level of technology and CPU power was insufficient for this. Now, the power of modern iPhones allows you to interact with content in a new way.

One of the nice, and, most importantly, free innovations of iOS 13 was audio sharing. This is an opportunity to share music, broadcasting it from your iPhone to the wireless headphones of a person sitting nearby. To do this, you can simply connect two pairs of headphones to the iPhone running iOS 13, after which the music from it will play in both pairs of headphones. You can also use AirPlay 2 if one of the listeners has a device with 12 or earlier version that supports this technology.

It is unclear how Apple is going to deal with such crackers (and whether it will be at all). The release of updated software here is unlikely to fix the situation. Given that iOS 13 still has something to work on.

What is “audio sharing” and how to configure it in iOS 13?