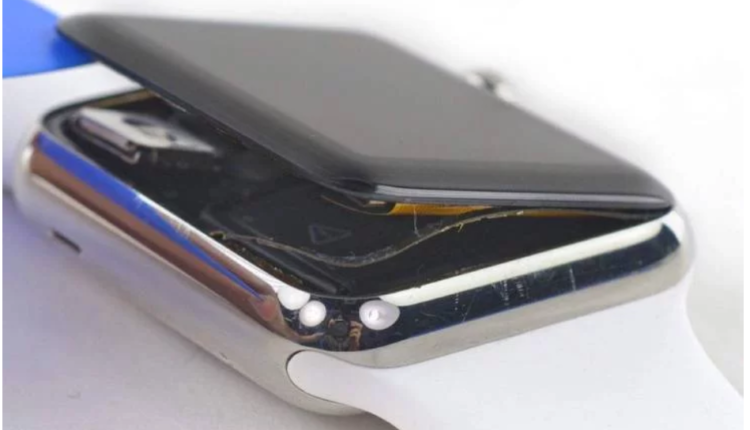 A problem that any Apple Watch owner might face

Last year, Apple Watch became the most popular smartwatch – now the device occupies more than half of the global market, leaving the closest competitors far behind. Reliability Apple Watch also does not take, because they have almost no weaknesses. But in some cases, visit the service centre and repair Apple Watch is still necessary.

The problem that users regularly contact the service centre is the Apple Watch display that has fallen out of the case . And it does not matter what type of glass is installed in the watch (usual Ion-X or sapphire): anyone can face this.

Many do not immediately see that the display module is not just dropped out, but neatly crashed along the contour of the frame. Specialists of the ModMac service centre provided us with photos in which you can see how it looks.

What to do in this case – to buy a new watch or still try to repair?

Few know, but this problem arises because of a swollen battery that literally squeezes the display module. Most often, on the first Apple Watch series, the module is extruded completely and is not damaged at all. The only thing that can be done in this case is to change the battery and “paste” the display back. But on subsequent models of smartwatches (Apple Watch Series 2, Apple Watch Series 3) due to the redesigned display, the screen after the battery swells is very often not fully extruded, but as shown in the photo.

Also Check: How Apple stopped Facebook for a day and deprived its employees 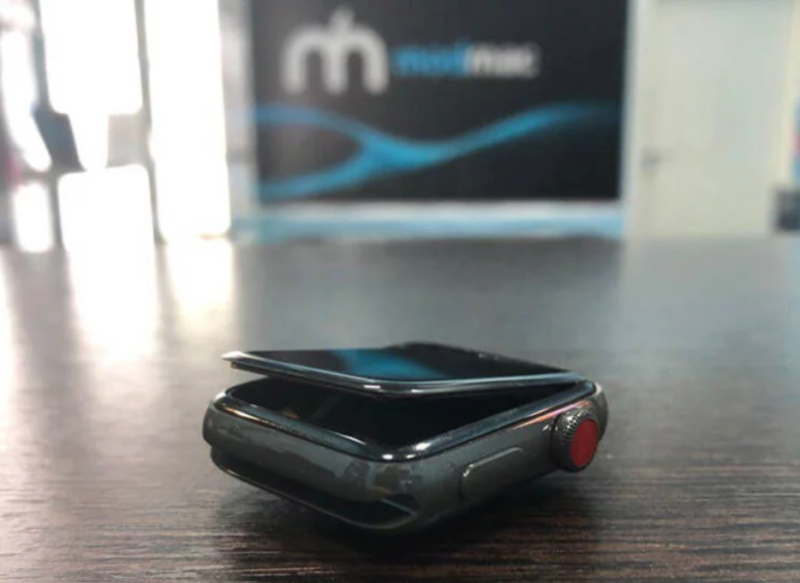 To avoid this problem, it is necessary to change the battery after a year or a year and a half of using the watch. Replacing the battery Apple Watch Series 1 costs $39, Apple Watch Series 2 and Series 3 – $47. It should be understood that after opening the watch, moisture protection disappears from the watch: there is nothing terrible in it unless you fall under tropical rain or decide to swim in the pool. 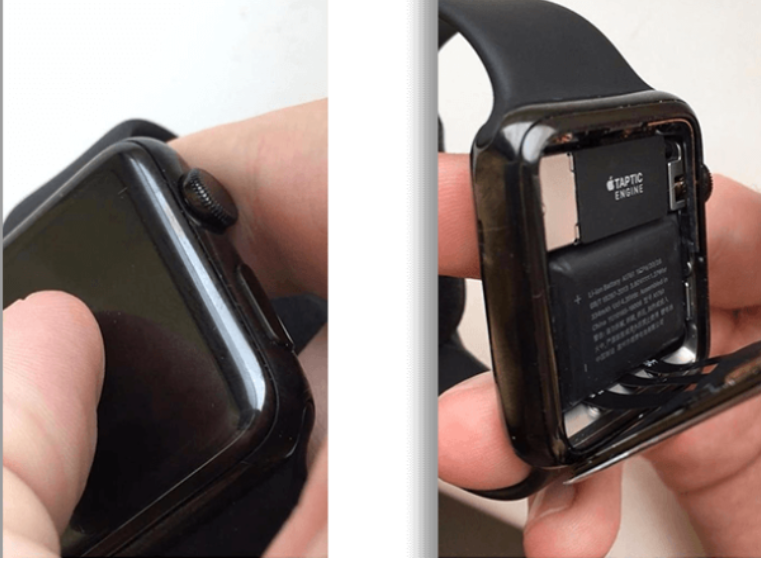 If the presence of moisture protection is a crucial moment for you, you can come to ModMac with your Apple Watch and change them to new ones (or another generation) at a price of $79.