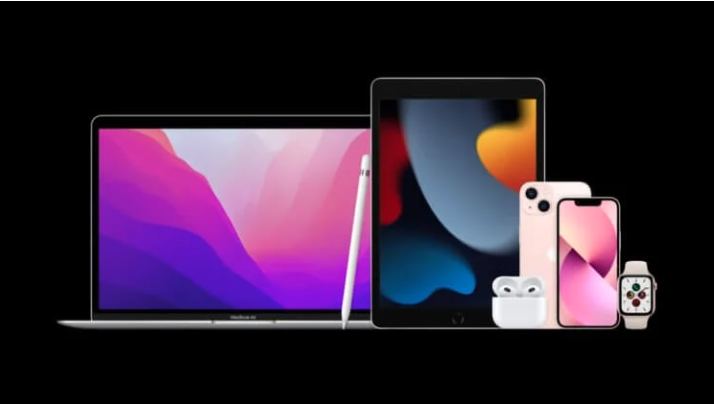 In recent years, the pursuit of new products by both Apple and any other manufacturer has ceased to mean buying the best device. Some companies degrade the performance of their smartphones from generation to generation. Others add little to nothing new. And someone changes the iron but sets an inadequate cost. Taking into account the fact that the Cupertino company’s line still has gadgets released back in 2017, many people have a natural question: is it worth waiting for new products or buying something that has been on sale and time-tested for a long time?

Apple Watch 3 – is it worth buying

The only device among all Apple gadgets, which first saw the light in 2017 and is still on sale. Let me remind you that the iPhone X was introduced in the same year . Since that moment, more than one generation of watches has been released, but this Apple Watch model continued to be relevant until recently and, due to its price, showed good sales.

However, a small screen compared to even the SE version, an outdated processor and a small amount of internal memory put an end to the Apple Watch Series 3 . Apple decided not to release watchOS 9 for this model. Therefore, its software support ends this year. It is possible that in the future small patches for watchOS 8 will be released exclusively for Series 3, but the likelihood of this is very small. If you are aiming to buy an Apple Watch, then the third series should definitely be bypassed.

Apple Watch SE came out much later than Series 3. However, this model also needs to be updated. Fortunately, the processor is better here, the screen size is more up-to-date and there is twice as much memory as
in the third series. At the same time, Apple Watch SE will receive the new watchOS 9.

On the one hand, it may seem that this version of the watch is an ideal purchase. But let’s remember what it lacks:

And the latter seems to me the most critical. Almost all devices of this class from competitors are equipped with an “always-on screen”. In the wake of rumors about a new version of the Apple Watch SE, I would not recommend purchasing the first generation now. Most likely, the new product will be something to pay attention to.

Which headphones to buy instead of AirPods Pro

AirPods Pro was introduced at the end of 2019 and has not been updated since. That is, the headphones are almost three years old, and they continue to travel to Cupertino on old luggage. If you want Apple TWS headphones with active noise cancellation, then at the moment you have no choice but to AirPods Pro. However, along with the iPhone 14 line, a new version of noise-canceling earplugs should finally be introduced.

The AirPods Pro 2 is expected to retain the same design, sound quality improvements, and longer battery life. The heart rate sensor and the new pedometer most likely do not shine. Although earlier rumors suggested otherwise. Taking into account the fact that a little less than two weeks are left before the presentation, it is worth waiting for the second version. If only for the sake of increased battery life and the hope that she will not have problems with various crackles that led to the replacement of headphones.

The iPhone 11 was introduced in 2019 and still remains one of the most popular and desired devices. But, unfortunately for many, his time has already passed. The wide bezels around the screen and the heavy weight make it uncomfortable, and the outdated low-resolution IPS screen does not even allow you to display a percentage charge on it. This feature will arrive in iOS 16 , but the iPhone XR and 11 won’t get it.

Most likely, this is due to the low resolution. Since the space in the corner of the screen is still limited, you have to enter the numbers in the battery indicator in a thin font. On XR and 11 screens, graininess may be noticeable in these areas. If you urgently need an iPhone, better pay attention to the iPhone 12. Moreover, the price for it has become very pleasant. Thanks to the OLED screen, it will look less bulky in the hands with the same diagonal. Still, the iPhone 11 already looks like a dinosaur against the background of its newer counterparts.

The regular iPad line remains the most popular of all Apple tablets. Helps her in this, of course, the price. However, apparently, even Apple recognizes that the appearance of these devices is already outdated and it’s time for something new. iPad 10 will feature straight edges inspired by the latest generations of iPad Pro and Air. Along with them, support for the second-generation Apple Pencil will also be added, which is very conveniently magnetized in one of the sides. The frames around the screen will become an order of magnitude smaller, therefore, we can expect an increase in the diagonal of the screen.

According to the latest rumors, Apple may even ditch the home button and move Touch ID to the lock button . This will bring all the iPad series as close as possible to each other. Only because of the reduced bezels, I would wait for the iPad 10 . Still, the appearance of the classic iPads , unchanged from the first generation iPad Air , is already rather fed up.

macOS is better than Windows again. Thanks for the latest updates