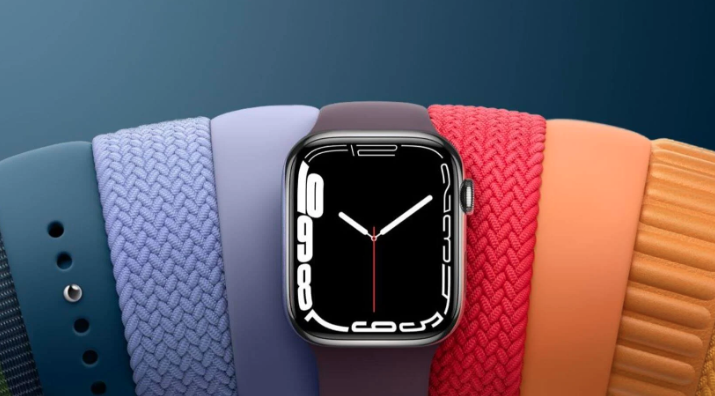 I don’t know about you, but I love the short time before an Apple presentation. Despite everything, this is traditionally the best opportunity to buy one or another last year’s gadget from Cupertino. Usually, we are talking about the iPhone: in any case, our readers are constantly considering whether to buy it before the announcement of a new one, forgetting, for example, about the Apple Watch. By the way, there are good reasons to get a smartwatch from Apple quickly. Although, there are certain nuances. We tell you why you should buy the Apple Watch Series 7 now and why you shouldn’t.

Which Apple Watch is better to choose

We scold Apple for removing previous models of gadgets from sale when they release new ones. But time has shown that this is correct: a year ago, the company released the Apple Watch 7 and SE, having discontinued the Apple Watch 6. Actually, why are they needed if a year later there is a top model and a simpler watch? Of course, their functions are slightly different, which is also reflected in the price.

Apple Watch 8 should be presented in September, possibly even later. In addition, you will have to wait until they get to Russia. And the cost of the new Apple Watch will clearly not be democratic, even taking into account the current exchange rate. Does it make sense to wait and overpay if you can buy a smartwatch from Apple right now? I think no.

What will be the Apple Watch 8

We told you several times about insiders about the new Apple Watch: they said different things, for example, there will be a temperature sensor. However, the same number of rumors circulated last year around the Apple Watch Series 7, and as a result, we did not receive anything revolutionary new. Apple Watch is clearly not about annual innovations: if this is not enough for you, then you better take a closer look at the Galaxy Watch 5.

So, it makes no sense to wait for a new generation of smartwatches: they will improve something, tweak it somewhere, leave the same weak battery and release an additional indestructible version, but the essence will not change. Well, to watch how Apple is doing the same thing again, it’s better to buy Apple Watch 7 right now – you will immediately understand that you have not lost anything.

Which devices will receive watchOS 9

One of the reasons why you should buy last year’s Apple Watch is the support for the current version of watchOS. Of course, Apple Watch 7 will receive it and will be updated for several more years in a row. Just remember that even the Apple Watch 3 received an update last year, although it feels like it came out 7 years ago.

New workouts, interface improvements, health tracking features, and even an updated Apple Fitness+ will all be available on last year’s Watches, but for less. In fact, almost all the chips will be on both new and old watches: in many ways, in smart devices, everything is decided by the operating system, algorithms, and not new sensors.

How much does an Apple Watch 7 cost?

Smartwatches, like all other Apple products, notably dropped in price in a year. If the Apple Watch Series 7 41 mm at the start of sales cost almost 37 thousand rubles, now they have fallen in price to 24,000 rubles. You can buy an Apple Watch even cheaper on Joom: the site has a trusted seller whose products have high ratings and a large number of positive user reviews.

The price of the Apple Watch and other gadgets is adjusted depending on the exchange rate – at the time of writing, smart watches cost 24,000 rubles, and for new users – another 10%. That is, cheaper – only for nothing.

No one knows what will happen to the course further: perhaps it will skyrocket again and the equipment will become noticeably more expensive. No sales and parallel imports will help, so it’s better to take a cool gadget right now and not wait for a new one – you definitely won’t have to bite your elbows.

Why You Shouldn’t Buy an Apple Watch 7

There are a lot of rumors about fresh Apple gadgets: for example, it recently became known that the Apple Watch 8 will change shape. What the smartwatch will become is not known for certain, but this is a great opportunity to finally try something new. You know that Apple is extremely reluctant to update the look of their devices, in particular, for marketing reasons – a recognizable form factor brings in more money.

Insiders do not talk about something just like that, because there is no smoke without fire. So, Apple Watch 8 can not only freshen up appearance, but also give you a completely new user experience. It will be a shame to buy last year’s Watches , which look no different from the previous 6 generations.

In addition, the Apple Watch has a weak battery : users have long been trying to reach out to developers to fix this. So far to no avail, but it cannot be ruled out that the new Apple Watch will receive a slightly improved battery – this should change, right?

Either way, whether you buy the Apple Watch Series 7 or wait for the next version is up to you. I have no doubt that you will have a great watch on your wrist. Just remember that a smartwatch is as much a gadget as a smartphone, and last year’s device at a nice price is always a great waste of money!

Why Apple won’t roll back iOS