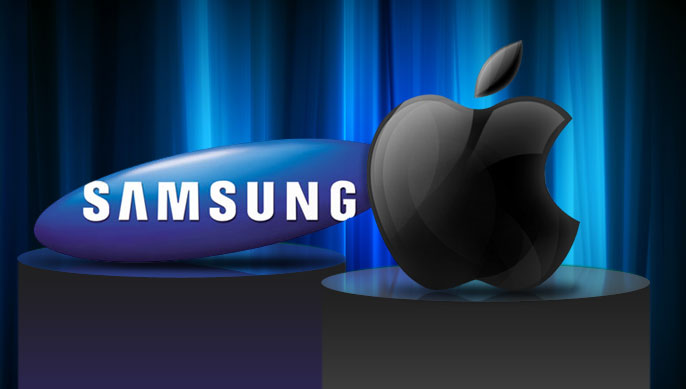 Rivalries in Tech Industry : Competition is good, especially for tech companies. Throughout history, you can find numerous famous rivalries, including Android vs. iOS, or Microsoft vs. Apple. Competition is great for tech companies because it keeps them innovative. They work hard to make their products better. It is an excellent way to understand what you are good at and forces you to improve. This will even help in highlighting your limitations, so you can improve that.
Do you want to know about the rivalries between tech companies? In the tech industry, most of the popular feuds include Apple. We have listed the biggest rivalries. Have a look!

Apple vs. Samsung
The most famous and epic rivalry is between two tech giants Apple and Samsung. The fight between the companies is not limited to fans, it spreads across the courtrooms all around the world. The Samsung fans often intrude the forums of Apple. On the other hand, Apple fans corner the market when the new iPhone is about get launched.
The market is filled with hundreds of mobile phones; however, for many people, it is either iPhone or Galaxy. There is no doubt that Samsung is the best flagship maker; this is the reason that Android vs iOS debate has now escalated to the iPhone vs S series.
Though both the companies have partnered up several times, the companies have been filling various patent lawsuits, suing each other for years. Moreover, Apple was able to get some of the devices of Samsung banned in the US.
It is worth noting that Samsung made OLED panels for iPhone X. Both companies have been producing famous smartphones. Apple is ahead in terms of profit margin while Samsung is taking lead in sales volume.

Sega vs. Nintendo
The origin of Nintendo can be traced back to 1889, it was a playing card company. While Sega was introduced in 1940 as a slot machine company based in Hawaii. After some years, both the companies became rivals, starting from arcade machines to consoles. The arcade games became popular during the golden age, from 1978 to 1983. On the other hand, Nintendo enjoyed its success with the game and watch handheld devices.
Additionally, in games, the defining moment of Nintendo came with the arrival of Mario Bros and Donkey Kong. It was in 1977 when Nintendo made its first console and released Family Computer in 1983. On the same day, Sega launched the SG-100, its gaming console. Unfortunately, it was a huge failure.

Furthermore, in 1985, NES was developed by Nintendo that soon became the best-selling console in that era. Many years later, both the companies developed more consoles, this started a console war between the companies.
In recent times, Nintendo still produces gaming consoles, whereas Sega focuses on mobile gaming and arcade business.

Overall, there are many rivalries in the making. Currently, they don’t have the potential of making a history. But who knows in a few years they might become biggest rivals. Some of the rivalries include Samsung vs. Huawei vs. Lenovo and Amazon vs. Microsoft vs. Google.